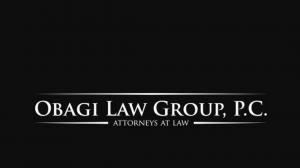 Zein Obagi, President of Obagi Law Group, P.C., has some powerful business insights on the matter. “As California makes a strong rebound, employers cannot treat it as the wild wild west,” states Obagi. “Many employees out there are likely to continue to have medical conditions that render them particularly susceptible to contracting COVID, or a reasonable hesitancy to work in close quarters with others without masks.”

The Golden State’s strong technology and white-collar business sectors, along with a relatively rapid boost in home building, will buoy its economy, offsetting a slower return of tourist-dependent leisure and hospitality jobs, according to the UCLA Anderson quarterly forecast.

In the nation and in California, “we are about to have one of the best years of economic growth that we’ve had since World War II,” said Leo Feler, the UCLA Anderson Forecast’s senior economist. “We’re looking at a boom time for the U.S. economy.”

Obagi concludes, “Employees should feel free to express their discomfort to their employers about unsafe practices. Employers must know that employees are protected in their requests for reasonable accommodation regarding their medical conditions, and that they cannot retaliate against an employee for making a safety complaint. Anybody with questions about the law should contact an employment law specialist.”

With more than a decade of experience as a licensed attorney serving Californians, Zein E. Obagi, Jr. carries a reputation as a game-changing fierce advocate. He fights for employees who have fallen victim to hostile employers and for individuals who have lost assets to dishonest business partners. With his combination of experience, passion and willingness to bring the full power of the law to bear for his clients, Zein has built a firm that delivers on its credo to each of its clients. After working for a variety of firms in Los Angeles, including one of the largest and most prestigious in the city, Zein founded what is now Obagi Law Group, P.C. in 2012. In the years since, Zein has built a team of diverse, energetic and highly skilled attorneys who specialize in righting the wrongs of discrimination, unlawful retaliation, wrongful termination and other abuses in the workplace, as well as protecting clients’ interests in the world of business in California. With Zein leading the way, the attorneys at Obagi Law Group treat each client as if he or she were the firm’s only client, delivering time and again and attaining awards at times in the millions of dollars.

While Zein makes social justice and fighting for the little guy hallmarks of his practice, he also lives by the same values he has woven into the fabric of Obagi Law Group. For instance, being raised with six sisters and married to a successful physician, Zein understands that men and women are equal in every way. He continues to advance this belief not only in his practice, but through his work with the Los Angeles County Bar Association (LACBA). In July 2020 the organization appointed Zein to the President’s Advisory Committee on Women in the Legal Profession. Among Zein’s other public-service endeavors are a trio of trips to the Katrina-ravaged Gulf Region to supply critical pro bono legal aid as part of the inaugural and two subsequent Legal Aid Alternative Breaks Projects; volunteer work with the Los Angeles 5 (LA5) Chapter of Rotary Club International, and two runs as a candidate for U.S. Congress in California’s 33rd District.

A graduate of UC Berkeley (BA, political science) and the University of Southern California, Gould School of Law (JD), Zein enjoys admission to practice law throughout the State of California; the U.S. District Court for the Central, Southern, Eastern and Northern Districts of California; the Ninth Circuit Courts of Appeals; and the Supreme Court of the United States. Zein also serves as Co-Chair of Programs with the LACBA Small Firm Section, and in 2020 was appointed to another LACBA committee, the Judicial Appointments Committee, which responds to requests by the Governor to evaluate individuals under consideration for appointment to the Superior Court of California bench.