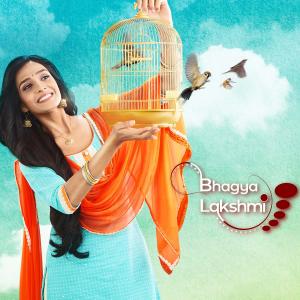 Bhagya Lakshmi (Lucky Charm), a romantic plot that takes you through journey of Lakshmi 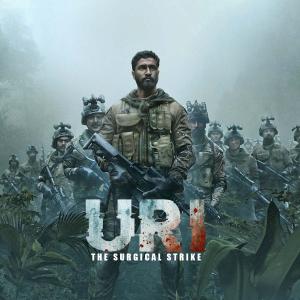 URI, the film is a dramatized account of the retaliation by Indian Army to the 2016 URI attack

Zee Content Sales, a licensing and syndication arm of Zee Entertainment Enterprises Limited (ZEEL), today announced the content showcase for MIPCOM, 2021. ZEE Content Sales is the powerhouse of one of the largest libraries of creative and broadcasting entertainment content in the world.

ZEE produces more than 50 hours of original content daily in multiple languages including International, Hindi & various Indian regional languages. Today, our library comprises of more than 300,000+ hours of content. Apart from 120,000+ hours of original content added in the last decade, ZEE boasts of the largest library of Bollywood blockbusters of 5000+ movie titles across genres.

Ashok Namboodiri, Chief Business Officer – International Business at ZEEL, stated, “Zee Content Sales has brought exciting titles to the market year on year and this year at MIPCOM 2021, we are presenting a handpicked content showcase of award-winning Hindi feature films and our latest and most original Drama titles – ‘Bhagya Lakshmi, Rishton Ka Manjha, and MEET, A Quirky Tomboy. These new titles bring in refreshed storylines adapted to changing times and suit varied audiences. Moreover, we are focusing on additional titles that truly champion inclusion and acceptance and have the potential to be further adapted in more languages and more markets.”

Zee Content Sales slate comprises of three new, fresh family dramas that have earned immense popularity in its first run: Rishton Ka Manjha (Bonds of Relations), story of a beautiful bond between two individuals, Bhagya Lakshmi (Lucky Charm), a romantic plot that takes you through journey of Lakshmi and MEET, A Quirky Tomboy, story of a young tomboyish girl who is unafraid of breaking societal rule books.

Zee Content Sales slate also includes two award winning films, URI – a dramatized account of the retaliation by Indian Army to the 2016 URI attack and Dream Girl, a complete family entertainer. The slate includes daily drama series, Kundali Bhagya (Destined Love), which recorded a winning debut with largest weekday television audience rating in its opening week and Kumkum Bhagya, (Twist of Fate) that continues to be one of the top-rated shows in India. The slate also includes discerning content like Al Forsa Al Akheera, a romantic saga of two heartbroken souls, Mithai (Sweet Girl), an engaging family drama and SER, which is an intriguing thriller, full of suspense, romance, trust, and betrayals.

Rishton Ka Manjha (52 x 30’)
Bonds of relations
Diya, a gully badminton player, meets Arjun, a former badminton champ from an affluent family, who resents his own kin. Will Diya bring back the much-needed positivity and hope in Arujn’s life?

MEET, A Quirky Tomboy (52 x 30’)
Despite her efforts to provide for her family, Meet’s disregard for societal gender norms and her nonconformist job as a delivery agent make her an unsuitable girl in the eyes of her family.

Mithai (253 x 30’)
Sweet Girl
Mithai is a girl full of life, while Siddhartha is serious, intelligent, and self-centred guy. This culturally rich story revolves around traditional Bengali sweets and love which binds them together.

Bhagya Lakshmi (44 x 30’)
Lucky charm
Lakshmi a kind-hearted girl, hailing from a middle-class family, strongly believes in helping others, but her life takes an unexpected turn when her fate is tied to Rishi Oberoi, an industrialist’s son.

Kumkum Bhagya (30’/60’) | Seasons Available
Twist of Fate
The story follows the life of two sisters, Pragya and Bulbul. Bulbul falls in love with her boss Purab, Pragya gets a proposal of marriage from Abhi, a successful Rockstar. Pragya agrees to marry Abhi, little realizing that Abhi has his own agenda behind this marriage.

Thriller & Crime
SER (60 x 60’)
Ser’ is an intriguing and fascinating series which has all the elements of suspense, romance, trust and betrayals, making it a perfect entertainment potboiler. The story revolves around the sudden disappearance of Amer Zahran, a renowned businessman.

Dream Girl
Set in an intensely crazy, unusual, bizarre space in North India, our protagonist Karm, stumbles upon a job like never. He joins a love line office, and everyone thinks he will not fit in until they hear his sensuous voice and becomes the most popular female friendship caller, Pooja. So, what happens when – his own father, his girlfriend’s brother, a Haryanvi cop and a young, spoiled Delhi brat, all fall in love with Pooja !!!

URI
The film is a dramatized account of the retaliation by Indian Army to the 2016 URI attack. Major Vihaan Singh Shergill is a valiant army man who aces in strategic operations. Vihaan’s brother-in-law Karan, who is also an army-man, gets killed in the Uri attack. This incident triggers Vihaan to join the surgical strike operation and go all guns blazing to avenge the loss of his slayed fellow officers in the Uri attack.