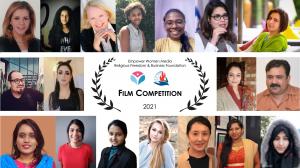 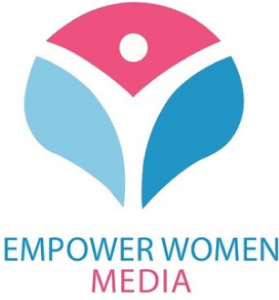 It is impressive that people of one faith focused on empowering people of other faiths. A true hallmark of true religious freedom is when people stand for the rights of all to enjoy the same freedoms.”
— Dr. Brian Grim, President, Religious Freedom & Business Foundation

She Makes Everything Beautiful by Wagma Feroz (Pakistan) was awarded the grand prize in the 2021 Religious Freedom Film Competition. A Taste of Freedom by Meshair Jirdeh (Saudi Arabia and France) and Terri Marie (US) took 1st runner-up, and Switch On, an animated short film by Yamini Ravindran (Sri Lanka), was awarded 2nd runner-up. The grand prize winner receives a $3,500 cash prize, 1st runner-up $1,000, and 2nd runner-up $500.

In She Makes Everything Beautiful, Wagma, a Muslim, tells the true story of Sonia, a Christian, who has found employment and acceptance in a multi-faith salon in Swat, Pakistan. The Muslim owner of the salon intentionally hires religious minority women knowing they are discriminated against and often cannot find work. This thriving salon dares to overcome cultural and religious divides to make all things beautiful.

A Taste of Freedom is Meshair Jirdeh’s personal story of leaving Saudi Arabia to find religious freedom in a new land. On her journey, she meets the love of her life, a chef, and together they build a restaurant business.

Switch On, an animated film by Yamini Ravindran and her team at the National Christian Evangelical Alliance of Sri Lanka, features a Muslim woman hesitant to “switch on” her computer camera during an online meeting because she wears a hijab. Capitalizing on the social constructs of the all-too-familiar Zoom meeting, the film exposes the ramifications of restrictions on religious expression in the workplace.

“It is particularly impressive that people of one faith focused on empowering people of other faiths,” said Dr. Brian Grim, president of the Religious Freedom & Business Foundation. “Indeed, a hallmark of true religious freedom is when people stand for the right of all to enjoy the same freedoms.”

“Storytelling is one of the fastest ways to shift culture,” said Shirin Taber, Director of Empower Women Media. “It also helps people address difficult or taboo subjects like religious freedom. Through short films, women can share their religious freedom stories in positive ways.”

“Machiko Sato’s film, A Call to Lead, takes this competition to a new level,” said Dr. Brian Grim. “She challenges an entire nation – Japan – to take a lead in advancing religious freedom around the world. Indeed, with the upcoming Olympics and Paralympics, Japan has an opportunity to make religious freedom a global export.”

Selected films will be showcased at the IRF Summit in Washington, DC, July 13-15.

The winning films will be celebrated during a global awards ceremony at Dare to Overcome, the Religious Freedom & Business Foundation’s biannual Business & Peace Festival in Tokyo and online on August 22nd. The global event coincides with the International Day Commemorating Victims of Religious Violence and Hatred and will be hosted by keynote speakers Dr. Brian Grim and Dr. Ahmed Shaheed, UN Special Rapporteur on Freedom of Religion or Belief. Registration for the event can be found here.

Honorable Mentions: Asha (Hope) by Arpudhamani (India), We Are One by Jennifer Pinto (India), Drawing the Soul of a Woman by Carla Salloum (Lebanon), We by Ahmar & Mariam Rehman (Pakistan), Women Ablaze by Alicia Crum (US), Change Begins with Us by Nivedita Devraj (India), Afghanistan Fire Fighter Ladies by Lina Qurbanzadz (Afghanistan), and Treasure in Jars of Clay by Abisha Manoj Kumar (India).

She Makes Everything Beautiful