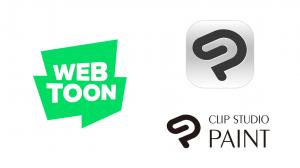 TOKYO, JAPAN, September 30, 2021 /EINPresswire.com/ — Celsys, the developer and provider of the manga production application “Clip Studio Paint”, and WEBTOON Entertainment, the global provider of services such as “LINE Manga” in Japan and “NAVER WEBTOON” in South Korea, have formed a technical partnership with the aim of increasing the efficiency of content production, translation, distribution, and to revitalizing the market at large.

Manga, comics, and webcomics (comics in vertically scrolling formats), are an unique form of global entertainment that has transcended borders and mediums, taken root globally, and influenced pop culture worldwide.

WEBTOON Entertainment, which runs one of the world’s largest services with more than 72 million monthly users, has entered into a technical partnership with Celsys, the provider of Clip Studio Paint, which is used by 10 million creators across the world. This aim of the partnership is to reach an even greater number of users around the world by providing effective translations and facilitating the smoother dissemination of content created with “Clip Studio Paint”.

Celsys seeks to continue contributing to the further development of the comic book market.

About WEBTOON Entertainment
WEBTOON® is the world’s leading digital platform for visual storytelling. As the first modern digital publishing and self-publishing platform for digital comics, WEBTOON has revolutionized the way visual stories are created and consumed, allowing anyone to become a creator.

WEBTOON also has become a cultural and global phenomenon, pioneering the distribution and consumption of web-based comics. With an average of 72+ million monthly active users, more people consume WEBTOON series than watch most television shows. WEBTOON features a broad and diverse catalog of content from all over the world — including romance, thriller, fantasy, comedy and more. WEBTOON is No.1 app among 16-24 year olds in Korea and also is in the top tier among the same group in the other countries.

Launched stateside in 2014, WEBTOON has thousands of creator-owned series with episodes updating daily. Also boasting partnerships with Legendary, POW!, Top Cow/Image, and more, WEBTOON takes storytelling to the next level.

Creators have been nominated for multiple Eisner Awards, as well as winning a multitude of Ringo Awards. The WEBTOON app is free to download on Android and iOS devices.