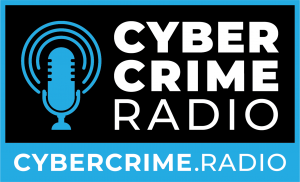 “We all get content fatigue at one point,” says Morgan, who also serves as Editor-in-Chief at Cybercrime Magazine. “Choosing what to read, watch and listen to, it can be a part-time job. Radio doesn’t replace any of our content, but it’s a medium our audience will benefit greatly from. They can just turn it on and get a continuous stream of relevant news from a trusted source.”

The radio format will include news on cyberattacks and data breaches, advice shows, live coverage of industry conferences and interviews with celebrities and cybersecurity experts and victims.

“A lot of our programming is non-technical,” Morgan told Newsday, one of the nation’s largest daily newspapers, who published a feature story covering the launch of Cybercrime Radio. “We want to reach everyone.”

Cybercrime Radio is airing pre-recorded interviews from its podcast with guests including Kevin Mitnick, the world’s most famous hacker, Robert Herjavec, a Shark on ABC’s Emmy Award-winning hit show Shark Tank, Craig Newmark, a billionaire philanthropist and founder of the online classifieds site Craigslist, Frank Abagnale, whose riveting story provided the inspiration for Steven Spielberg’s 2002 film, Catch Me If You Can, starring Leonardo DiCaprio as Abagnale and Tom Hanks as the FBI agent fast on his heels, and numerous others.

Deloitte Cyber, ranked number one in the world by revenue in security consulting services, according to Gartner, is Cybercrime Radio’s corporate sponsor.

The new Internet radio station airs from historic Northport, N.Y., formerly home to Jack Kerouac — author of the famous novel “On The Road.” The small seaside village has been the backdrop for big-screen motion pictures, indie films, and TV shows. WCYB’s team of producers, hosts, writers, editors, videographers, and content specialists work out of the second floor of the Brush Building on Main Street — built in 1925 and renovated in 2017 — which is steps away from Northport Harbor.