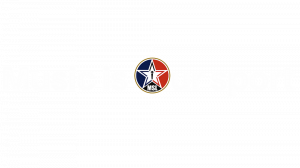 Music is Our Sport

NEWPORT NEWS, VA, UNITED STATES, October 11, 2021 /EINPresswire.com/ — According to merchant bank Raine Group indie artists could bring in a 2 billion dollar haul each year but sadly many burgeoning talents never see that kind of return, but one Virginia non-profit is changing all of that. Introducing the Music Sports League, the brainchild of visionary Commissioner Juan A. Thompson. The league aims to give the artist as the athlete the tools they need to be successful and financially secure in this dog-eat-dog business.

The curated team of innovative movers and shakers at the Music Sports League shares 40 years of industry know-how. These A-list music and business professionals are reimagining how artists can capitalize on their talent. Through a series of expos, MSL is “revolutionizing how unsigned artists are developed, promoted and discovered.” This band of industry executives hopes to build awareness around the pitfalls and pressures artists endure while offering solid solutions for indie artists.

The six founders are led by Commissioner Juan A. Thompson. As a rising star in the music industry, Juan has helped scores of indie artists shine in the spotlight before launching the Independent Artists Competition Association in 2015. The first of its kind rappers vs singers of all genres competition highlighted relative unknowns in seven cities and opened the door for the founding of the Music Sports League. This inventive concept of merging the sports vernacular and competitive drive with the music world levels up the entertainment game. The Commissioner’s solid gold roster is rounded out by his Director of Marketing – DeAngelo Kelly, Jonathan Davis – Director of Education, Ken Ortiz – Executive Director, Jimi Carlisle – Director of A&R and Gary Pick – Director of Officials. This rock-solid group covers the needs of artists from A to Z.

Though the Music Sports League prides itself on educational events with an economic impact in the Hampton Rhoades area, the events go one step further to encompass the mental health crisis. Every musician dream of having his name in lights and filling a stadium with adoring fans but the headlines are ripe with celebrities who cannot handle the pressure that comes with fame. The Music Sports League helps artists handle the physical and emotional demands of becoming a sought-after talent. Their team of professionals offers mental wellness seminars to help musicians see the red flags so they can avoid situations that can lead to depression, drug abuse, and anti-social behavior.

This revolutionary pairing of music and sports has drawn the attention of partners like J and S Basic Boxing, Chick & Spoil clothing line and digital news giant the DailyAdBrief.com. In an effort to give back to the community 15% of proceeds will go to the Children’s Hospital of the King’s Daughters.