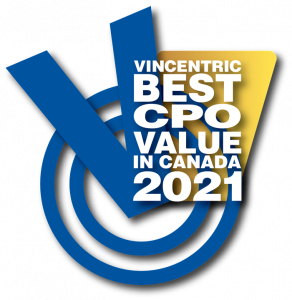 Three of Kia’s four winners came out on top of their CPO segments for the second time, including the Rio for Subcompact, the Optima for Mid-Size, and the Soul EV for Electric/Plug-In Hybrid. Mazda also demonstrated its consistent CPO-market strength, with the Mazda3, CX-3, and CX-5 conquering their segments for the third year in a row.

Ford’s star performers were the F-150 and F-250. Both models triumphed for the fourth consecutive year, making them undefeated in their segments. Rounding out Ford’s winners was the Ranger for Small/Mid-Size Pickup. Acura’s model-level winners were the ILX, which won the Luxury Compact segment for the fourth consecutive year, and the TLX, which won the Luxury Mid-Size Sedan segment for the second consecutive year and third time overall. Lexus’ winners included the RX Series for Luxury Mid-Size SUV/Crossover, and the UX Series Hybrid for Luxury Hybrid SUV/Crossover.

Other noteworthy winners included the Hyundai Veloster with its fourth win in a row in the Sports Car segment; the Audi A5 and the Subaru Outback, each with their third consecutive victory; and the BMW 3 Series and the Infiniti QX60, which returned for second-time wins.

Other brands with model-level winners were Hyundai with three award winners, Toyota with two winning models, and Audi, BMW, Chevrolet, Honda, Infiniti, Subaru, and Volvo with one award winner.

“For consumers shopping for a CPO vehicle, it can be hard to know where to start when factors like age and mileage vary from one option to the next,” said David Wurster, Vincentric President. “The Vincentric Best CPO Value in Canada Awards provide guidance to help simplify the process. Our awards use data-driven calculations to measure all aspects of ownership costs in an unbiased manner, allowing us to identify vehicles that provide the best value so that consumers can feel confident in their purchase decisions.”

To determine the 2021 Vincentric Best CPO Value in Canada™ award winners, Vincentric conducted a statistical analysis to reveal which vehicles had lower than expected ownership costs given their market segment and price. Vincentric analyzed approximately 13,000 vehicle configurations using eight cost factors: depreciation, fees and taxes, financing, fuel, insurance, maintenance, opportunity cost, and repairs. The costs were measured after incorporating the specific CPO warranty offered by the manufacturer while also applying driving distance requirements necessary to be authorized as an OEM CPO vehicle. Each CPO vehicle was evaluated in all ten provinces plus the Northwest Territories, with the assumption that each vehicle is driven 20,000 kilometers annually over five years.

Further information regarding all the winners of the Vincentric Best CPO Value in Canada™ Awards and the Vincentric methodology is available at www.vincentric.com.

Vincentric provides data, knowledge, and insight to the automotive industry by identifying and applying the many aspects of automotive value. Vincentric data is used by organizations such as the Canadian Automobile Association, Automotive Fleet Magazine, Volkswagen, Mercedes-Benz, and many others as a means of providing automotive insight to their clientele. Vincentric, LLC is a privately held automotive data compilation and analysis firm headquartered in Bingham Farms, Michigan USA.