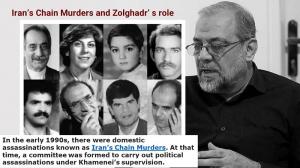 (NCRI) and (PMOI / MEK Iran): Mohammad Bagher Zolghadr has been introduced as the new Secretary of the Expediency Council by Sadegh Amoli Larijani, the Council’s chairman. 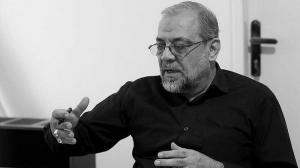 (NCRI) and (PMOI / MEK Iran): Zolghadr is chosen by Khamenei. In his decree appointing Zolghadr as the new Secretary of the Expediency Council, Larijani confirmed Zolghadr had been selected by Khamenei. 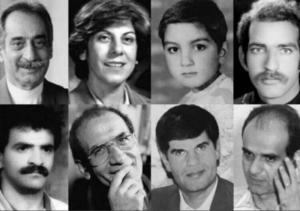 (NCRI) and (PMOI / MEK Iran): In the early 1990s, there were domestic assassinations known as Iran’s Chain Murders. At that time, a committee was formed to carry out political assassinations under Khamenei’s supervision. 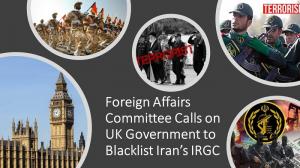 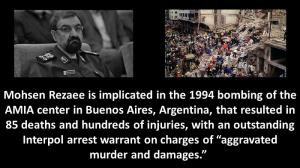 (NCRI) and (PMOI / MEK Iran): Mohsen Rezaee, during a 16-year tenure, as a commander of IRGC played an active role in repression at home, founding and sponsoring foreign terrorist proxy groups throughout the region including Hezbollah in Lebanon. 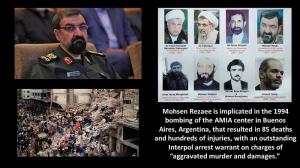 (NCRI) and (PMOI / MEK Iran): Mohsen Rezaee is implicated in the 1994 bombing of the AMIA center in Buenos Aires, Argentina. 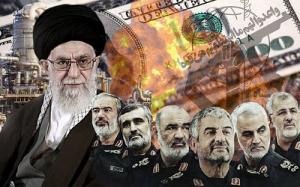 (NCRI) and (PMOI / MEK Iran): The organized mafia, which is linked to the Revolutionary Guards (IRGC), has almost ceased gold export and is heavily importing gold. 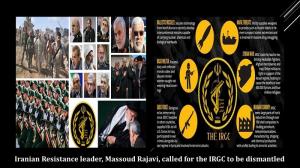 (NCRI) and (PMOI / MEK Iran): The Revolutionary Guards (IRGC) Should Be Disbanded.

According to UN Security Council Resolution 1747, Zolghadr is on the sanctions list for his involvement in the regime’s nuclear and missile programs.

PARIS, FRANCE, September 24, 2021 /EINPresswire.com/ — Overview: Mohsen Rezaei has resigned as Secretary of the Expediency Council after more than two decades of membership in the body. As the reason for his resignation, he stated that he wanted to take on a new position as the economic deputy of Ebrahim Raisi. At the same time, Mohammad Bagher Zolghadr has been introduced as the new Secretary of the Expediency Council by Sadegh Amoli Larijani, the Council’s chairman.

Zolghadr is chosen by Khamenei. In his decree appointing Zolghadr as the new Secretary of the Expediency Council, Larijani confirmed Zolghadr had been selected by Khamenei.

“Dr. Mohammad Bagher Zolghadr, thank God that you have a revolutionary character and possess valuable executive experiences. Pursuant to Article 3 of the Rules of Procedure of the Expediency Council and upon approval of the Supreme Leader of the Islamic Revolution, I appoint you as the Secretary of the Expediency Council,” Larjian underlined in his decree.

Who is Mohammad Bagher Zolghadr?

Mohammad Bagher Zolghadr was born in 1954 in Fasa, Shiraz. Before the revolution, he received a bachelor’s degree in economics from the Faculty of Economics, University of Tehran. His wife is Sedigheh Begum Hejazi, who has been the Director-General of the Office of Women and Family Affairs at the Organization of Islamic Culture and Communication since the beginning of 2007.

His son-in-law Kazem Gharibabadi is the permanent representative of the clerical regime in the UN office in Vienna and the representative of Iran in the International Energy Agency. Zolghadr was a member of the Mansourun group before the 1979 revolution. Zolghadr and Mohsen Rezaei assassinated an American engineer and an oil company manager in 1978.

According to UN Security Council Resolution 1747, Zolghadr is on the sanctions list for his involvement in the regime’s nuclear and missile programs.

The regime’s founder used Mansourun and six other groups to form the so-called “Islamic Revolution’s Mojahedin” to confront Iran’s main opposition movement, the People’s Mojahedin Organization of Iran (PMOI/MEK). The fake “Mojahedin” group which was formed by these groups later formed the Revolutionary Guards (IRGC) Intelligence Unit. Zolghadr, Rezaei, and Ahmad Vahidi, the regime’s current interior minister, were the main members of this unit.

Brigadier General Zolghadr was one of the top commanders during the Iran-Iraq war. He is best known for co-founding and commanding the Ramazan Garrison, the mechanism and activities of which formed the basis for the Quds Force, the IRGC’s foreign branch. The camp was established in 1983, and its main focus was terrorist activities outside of Iran.

During the Iran-Iraq war, this camp was used to train the Iranian regime’s Iraqi proxy groups. The Ramazan Garrison collaborated with several Shiite militant groups, including the Supreme Assembly of the Revolution, led by Mohammad Hakim and Mahmoud Shahroudi, who would go on to lead Iran’s judiciary; and the Dawa Party, led by Ibrahim Jafari and Nouri al-Maliki.

In addition to Mohammad Zolghadr, other prominent commanders of the camp include Iraj Masjidi, the current Iranian ambassador to Iraq, who was the chief of staff of the Ramazan Garrison during the war. Mohammad Reza Naqdi, the current deputy commander of the IRGC and former commander of the Basij, was also in the Ramazan Garrison during the war and for some time commanded the Badr Brigade, which was made up of Iraqi Shiites allied with Iran.

After the end of the Iran-Iraq war, Zolghadr was appointed as the head of the IRGC’s joint headquarters due to Mohsen Rezaei’s support. With the beginning of Rahim Safavi’s command in 1997, the position of Zolghadr became stronger, and he became the deputy commander of the IRGC. This period coincided with the beginning of the presidency of Mohammad Khatami.

Bagher Zolghadr formed the main triangle of opposition to the so-called reformists, along with Rahim Safavi and Mohammad Reza Naqdi, then-head of the police intelligence service. Rahim Safavi stated in a controversial speech in 1998 that “We must behead some individuals. We would cut off the tongues of some of them. Our language is our sword.” Zolghadr was also introduced as one of the main commanders of the attack on the university dormitory on July 9, 1999. At the same time, he was one of the signatories of a threatening letter from 24 senior commanders to then-President Mohammad Khatami.

After Khomeini’s death, Ali Khamenei became the regime’s supreme leader in September 1989. Khamenei made many changes in the regime’s military as Commander-in-Chief. He formed the army’s Joint Chiefs of Staff headed by ‌Brigadier-General Ali Shahbazi and the IRGC Joint Chiefs of Staff headed by Brigadier General Bagher Zolghadr. It changed the name of the General Staff to the General Staff of the Armed Forces and appointed Hassan Firoozabadi as its head. This headquarters acted as the superior to the two headquarters of the army and the IRGC.

In the early 1990s, there were domestic assassinations known as Iran’s Chain Murders. At that time, a committee was formed to carry out political assassinations under Khamenei’s supervision. The committee consisted of Mohammadi Golpayegani ( head of Khamenei’s office), Mohammad Hejazi (Supreme Leader’s Office), Ali Fallahian (former MOIS minister), Mohammad Bagher Zolghadr, the IRGC’s deputy commander acting as the representative of the IRGC, and a number of clerics close to Khamenei, such as Ahmad Jannati. Mohammad Yazdi, Mesbah Yazdi, Abolghasem Khazali Abbas Vaez Tabasi.

At the beginning of the presidency of Mahmoud Ahmadinejad, Zolghadr became the Deputy Interior Minister for Security and Law Enforcement. Thus, he became in charge of the administration of the National Security Council, which coordinates the suppression of protests throughout the country. The position also oversees the performance of governors and deputy security and law enforcement officials, and governors in each province.

Zolghadr was appointed with special permission from Supreme Leader Ali Khamenei, based on Zolghadr’s prior role as the Deputy Commander-in-Chief of the IRGC. His move from one position to the other demonstrated that the deputy for security and law enforcement was considered vitally important to the system at the time.

Although Bagher Zolghadr was expected to serve in the Interior Ministry for a long time due to the IRGC’s support for him, Mahmoud Ahmadinejad’s personal dissatisfaction with the appointment led to Zolghadr being ousted after two years.

An IRGC Commander in the Judiciary

After being fired from the Ministry of Interior, Zolghadr was appointed as an advisor to the head of the judiciary and then as the deputy for strategy and social protection and crime prevention. His presence in the judiciary during the presidency of Sadegh Larijani showed the widespread support he continued to receive from the IRGC and Khamenei.

In Iran, interrogators from the Ministry of Intelligence and the IRGC are known to have a great deal of influence over the judiciary. This is reflected in appointments like Zolghadr.

New Secretary of the Expediency Council

Now Zolghadr has been appointed as the Secretary of the Expediency Council. This selection means that the structures at the top of the system will become more IRGC-rooted.

The Iranian regime is currently under threat from the spread and recurrence of large-scale protests. The regime’s commitment to a repressive response is reflected in various recent appointments, including those of Interior Minister Ahmad Vahidi, Speaker of the Parliament Mohammad Qalibaf, Mohsen Rezaei as the Coordinator of the Meetings of the Chiefs of Staff, and the Vice President for Economic Affairs, and now Zolghadr as the Secretary of the Expediency Council.

The new government largely consists of IRGC commanders and former military personnel, along with security officials such as Mohseni Ejei as head of the judiciary and Ebrahim Raisi as the regime’s president.

As Mrs. Maryam Rajavi the President-elect of the National Council of Resistance of Iran’s (NCRI) said, Raisi’s cabinet is “the embodiment of four decades of the religious and terrorist dictatorship of the mullahs, whose mission is to counter popular uprisings, plunder national wealth and resources, step up terrorism and warmongering, and expand the unpatriotic nuclear and missiles projects. But neither the installment of the henchman of the 1988 massacre as president nor the collection of murderers and thieves in his cabinet can save the regime from its inevitable overthrow. It will only intensify public rage and lead to popular uprisings.”