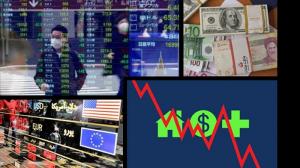 (NCRI) and (PMOI / MEK Iran): Iranian Regime’s Attempts to Fix Economy will Only Make it Worse. Iranian regime’s slow, steady and continual destruction of its economy. 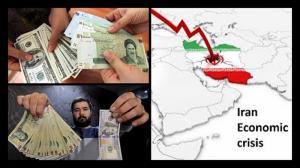 (NCRI) and (PMOI / MEK Iran): Economic crisis worsening with every day that passes. Poverty is on the increase and a large portion of the people of Iran live below the poverty line. 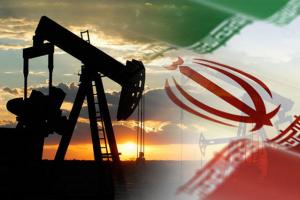 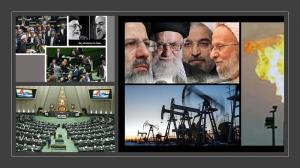 (NCRI) and (PMOI / MEK Iran): Corruption is a Daily Occurrence in Iran. 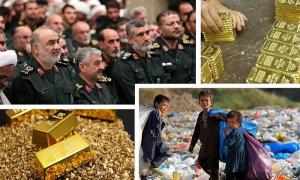 (NCRI) and (PMOI / MEK Iran): Iran is experiencing its worst economic era since the mullahs assumed control. The Iranian regime is behind all of the economic troubles, yet it cannot admit to it. 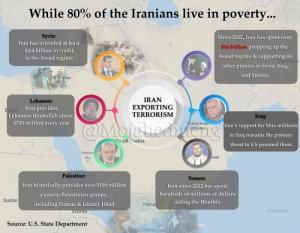 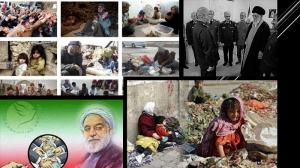 (NCRI) and (PMOI / MEK Iran): Corruption and incompetence of the mullahs’ regime in Iran. The people have suffered from huge levels of inflation, the rising cost of goods, and so on, and more and more people are falling into absolute poverty. 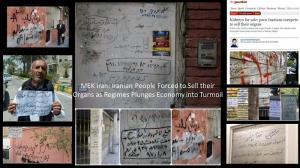 (NCRI) and (PMOI / MEK Iran): Shockingly, poverty in Iran has become so extreme that people are being forced to sell their organs just to survive.

Iran’s current economic crises are created and amplified by the regime, its malign priorities, and institutionalized corruption.

Iran’s economy is largely dependent on oil exports. Due to the regime’s malign activities, support of terrorism, the Iran oil industry is sanctioned, leaving the government with a huge budget deficit.”
— NCRI

PARIS, FRANCE, September 24, 2021 /EINPresswire.com/ — According to the analyses of the National Council of Resistance of Iran (NCRI), and the People’s Mujahedin of Iran (PMOI/MEK), Iran’s economy is on freefall. But why Iran’s economy, with such vast resources, is declining? Is it due to the sanctions? Or the regime’s institutionalized corruption? Would the regime be able or willing to address Iran’s economic crisis?

Iran’s GDP has decreased while its liquidity is rising rapidly. The main reason for Iran’s liquidity growth is the regime’s banknote printing. As a result, Iran’s inflation rate and prices of consumer goods are skyrocketing daily.

Hassan Rouhani’s government started banknote printing to compensate for its budget deficit, and this trend has continued since then.

“The budget deficit for 2021 is about 370 trillion tomans, which is almost half of the country’s total budget. One of the reasons for this deficit is the 40% increase in government current expenditures due to its enlargement,” wrote Arman daily on September 21.

“At the same time, allocating budgets to useless government companies that do not have a role in the productive sector, or allocating budgets to non-productive organizations and institutions that have no output or pay taxes, the unrealistic budget itself, which relies on sanctioned oil, are among the reasons that put the country in a dire situation for many years. Interestingly, no organization or institution is willing to give up its budget for the welfare of the people and help the government,” Arman daily adds.

Iran’s economy is largely dependent on oil exports. Due to the regime’s malign activities, support of terrorism, the Iranian oil industry is sanctioned, leaving the government with a huge budget deficit. But even sanctions are lifted, and the regime could largely export oil, as it did following Iran’s nuclear agreement with world powers in 2015, Iran’s economic crises would not be resolved due to the mullahs’ institutionalized corruption.

According to Iran’s Central Bank, the regime earned around $180 billion through exports in 2018 and 2019 alone, but it is unclear where some of these earnings ended up. These earnings were not used to address people’s problems, but the regime used them to fund its proxy terrorist groups.

The regime has based its 2021 budget on selling 2.3 billion barrels of oil per day. Meanwhile, last year, it was not able to sell more than 700,000 BPD, and most of that was conducted through smuggling channels and at prices that were lower than the market’s price.

In other words, Rouhani’s government intended to earn approximately $60 billion from the sale of 2.3 million barrels per day. This is twice the oil sales registered in the 2020 budget. Meanwhile, there’s no clear sign when international sanctions against the regime’s oil industry will be lifted. The Covid-19 pandemic has disrupted the oil markets. Besides, Iran’s damaged oil infrastructure could hardly produce this amount of oil barrels per day.

Arman daily adds that since the regime’s “foreign policy” or rather its malign activities “have not decreased and a large part of Iran’s economy is political,” sanctions will remain in their place. Thus, by banknote printing and due to the regime’s corruption, the inflation rate grows, making life harder for Iranians.

In recent days, the regime officials have blatantly accused the minimum rise of salaries as the real reason for the rising inflation rate.

“Officials are constantly blaming rising wages for the increasing inflation. The 10% increase in wages does not comply with the poverty line of 10 million Tomans,” wrote the state-run Kar-o Kargar daily on September 21.

“A 39% increase in salaries in 2021 will cover only 37 percent of the people’s cost of living. A worker’s salary of 4 million Tomans covers only ten days of the month, and after that the workers barely make ends meet until the end of the month. They have to remove many of the basic expenses of their lives,” Kar-o Kargar wrote, quoting Ali Aslani, member of the board of directors of Islamic Labor Councils.

“What is the ratio of a 10% increase of salaries to a poverty line of 10 million Tomans? In determining the rate of the subsistence basket, we set aside a lot of expenses and calculate only the price of 33 items of essential goods. If we want to calculate the cost of the items stated in the law, the cost of the subsistence basket is much higher than what is determined in the Supreme Labor Council,” Aslani adds.

“Historical low rate of workers’ minimum wages relative to current costs in urban and rural areas has put enormous pressure on the people in the working class. The studies show that increasing inflation and the growing ratio of minimum wages to costs have reduced purchasing power. The ratio of the minimum annual wage of workers to the average annual cost for an urban and rural household was 35.3% and 64.2%, respectively,” Vatan-e Emrooz daily wrote in this regard.

Vatan-e Emrooz acknowledges that “The state economy and its subsequent business climate, growing liquidity, and a multiplicity of rules and regulations, directly or indirectly affect workers’ purchasing power. It should be noted that the engine of inflation by invisible taxation, which targets only the poor people and not deals the wealthy [officials], as usual in the last three decades, leads to public misery and the interests of a specific and selected group.”

The facts mentioned above once again underline that Iran’s current economic crises are created and amplified by the regime, its malign priorities, and institutionalized corruption.

How the mullahs destroyed Iran’s economy