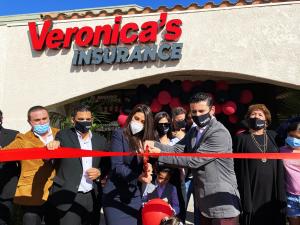 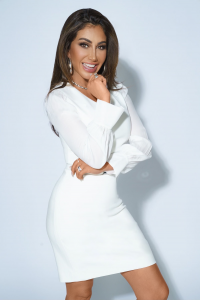 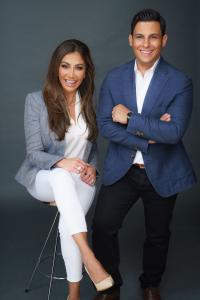 Veronica’s Insurance, the leading insurance broker for Hispanics and Latinos, is now serving the Miami and N. Lauderdale communities.

MIAMI, FLORIDA, UNITED STATES, August 31, 2021 /EINPresswire.com/ — Veronica’s Insurance, the leading insurance broker for Hispanics and Latinos, is now serving the Miami and N. Lauderdale communities after opening its first two locations in Florida. The company plans to open several more locations across the state in the coming months as part of its expansion plan.

“Our franchise model is making it affordable for entrepreneurs to run a stable and thriving business,” said Veronica Gallardo, CEO and founder of Veronica’s Insurance. “There are 50.5 million Hispanics in the U.S., and their purchasing power has quadrupled in the last 20 years which ensures the industry will continue to grow.”

“We are very happy and grateful to Veronica’s Insurance for all their support and for guiding us step by step to fulfill one of our biggest dreams,” said Annerys and Frank Camacho, the Miami Lakes franchise owners. “If you want to have your own business, you can. The sky is the limit!”

The company recently announced its been named as the No. 1 franchise in the insurance category in Entrepreneur Magazine’s 2021 Top 500 New Franchises for its financial strength and stability, and brand power.

“We take pride in helping people to achieve their dream of running their own business,” said Gallardo. “It fills our hearts to see how our franchisees are succeeding by getting what they have always wanted.”

The company also serves clients in their language to keep the roots of the Latino and Hispanic culture. Veronica’s Insurance has 24/7 customer service agents that are fluent in English, Spanish, and in an effort to be more inclusive, some service agents are now versed in sign language.

“If you are a person looking for a business that grows by leaps and bounds, do not hesitate to contact us,” said Raul Dominguez, COO of Veronica’s Insurance. “It’s time to run your own business.”

Founded 25 years ago by Mexican businesswoman, Veronica Gallardo, Veronica’s Insurance specializes in the Hispanic and Latin market, offering auto, life, and health insurance. Gallardo’s vision has created employment for more than 400 families. The company is headquartered in Los Angeles, California, and makes up over 400 people. Veronica’s Insurance has more than 90 locations in California, Colorado, Texas, and Florida.

Aircraft Engine Market Expected To Grow To $91 Billion in 2025