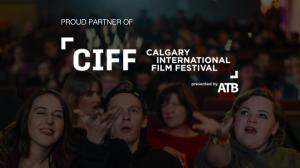 The partnership will include a student scholarship, judging/speaking duties, and the brand-new CIFF Intermission Arcade.

The partnership will include a student scholarship, judging/speaking duties, and the brand-new CIFF Intermission Arcade.

VANCOUVER, BC, CANADA, September 27, 2021 /EINPresswire.com/ — Announcement Highlights:
VFS’s Managing Director, Jon Bell, will judge the Youth by Youth Short Films category at the 2021 festival.
Chris Mitchell, Head of VFS’s School of Games & Creative Design, will speak at CIFF panel “Game Design and You” on September 26.
VFS will present a scholarship to one lucky CIFF award winner.
VFS will also be involved in the CIFF Intermission Arcade – an exclusive video gaming event.

Vancouver Film School (VFS) announced today that it has partnered with Calgary International Film Festival (CIFF) to further strengthen the Canadian creative arts industry and provide opportunities for students to pursue post-secondary education at VFS. Established in 2000, CIFF is now the sixth largest film festival in Canada, with a mission to entertain and engage audiences by curating the most innovative and compelling films.

The partnership primarily involves a VFS scholarship, which will be presented to the winner of the CIFF Youth by Youth Short Film category at the 2021 festival. The scholarship will cover 50% of tuition costs towards any of VFS’s programs.

In addition, VFS’s Managing Director, Jon Bell will be on the jury for the Youth by Youth category, while Chris Mitchell, Head of VFS’s School of Games & Creative Design, will speak at CIFF’s panel “Game Design and You” on Sunday, September 26.

Also noteworthy is VFS’s involvement in the first-ever CIFF Intermission Arcade, co-sponsored by indie game publisher Raw Fury (Backbone, GoNNER 2). The event, which takes place from September 23-27, will give CIFF audiences the chance to get their game on and choose from a variety of video games including DANDARA: Trials of Fear, Longest Road on Earth, Norco, and Sable.

“Vancouver Film School is thrilled to be working alongside Calgary International Film Festival. This is not only an opportunity for us to celebrate great independent cinema, but to further strengthen the creative arts industry. Industry integration remains a cornerstone of VFS, and what better way to support emerging and established filmmakers than to be involved in one of Canada’s largest festivals. We look forward to participating in the judging process and panel discussions at the 2021 festival.”-Jon Bell – Managing Director, VFS

About CIFF
The first Calgary International Film Festival (CIFF) was held in 2000 for six days and was attended by 8,000 people. Now, attendance has more than quadrupled to over 35,000 for the expanded 11-day festival. CIFF is now the largest film festival in Alberta and the sixth largest in Canada. It is also an Oscar-qualifying festival for short films, a Canadian Screen Award Qualifying festival, and was named one of “50 Film Festivals Worth the Entry Fee” in 2009, 2016, 2017, 2019 & 2020 by MovieMaker Magazine.

For more information, or to schedule interviews, please contact: