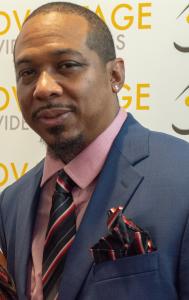 LOS ANGELES, CA, USA, September 14, 2021 /EINPresswire.com/ — Valiant Eagle, Inc. (OTC Pink: PSRU) is excited to provide this major update to shareholders. In what appears to be possibly the largest NFT source to date, Cinevision Global has signed a letter of intent to allow Valiant Eagle’s NFT marketplace, Fungy, to sell Cinevision’s film and television catalog of over 2,000 titles. The Cinevision Global LOI comes as Fungy’s NFT marketplace looks to launch within the next few weeks.

CEO of Valiant Eagle, Xavier Mitchell, states, “Plain and simple this could be valued around $4 billion if our Fungy marketplace is as successful as we anticipate. Our goal is to secure between $1.3M and $4M in NFT revenue for Cinevision within the first three months of operation.”

In July 2021, Valiant Eagle announced the purchase of all rights to “Fists of Fury” starring Bruce Lee and several other notable titles. The twelve iconic movies acquired in that deal will provide further content to be transformed into NFTs.

This stands in stark contrast to most digital creations, which are almost always infinite in supply. Hypothetically, cutting off the supply should raise the value of a given asset, assuming it is in demand. Furthermore, Valiant Eagle’s use of iconic films will provide the marketplace with higher-quality and more meaningful NFTs.
NFTs have had a breakout year in 2021, now even drawing interest from multi-national corporations. In August 2021, Visa purchased a $150,000 NFT from the popular “CryptoPunks” collection. The head of crypto at Visa, Cuy Sheffield, says NFTs will play an “important role” in the future of retail, social media, and entertainment, according to CNBC.

The world’s most expensive NFT sold for $69.3 million at a Christie’s auction earlier this year. Marking a first for the famed auction house, Christie’s sold that NFT, “Everydays: The First 5000 Days” by Mike “Beeple” Winkelmann.

Valiant Eagle feels its Cinevision Global deal has the potential to create strong NFT sales that will be in line with some of the top transactions to date. Valiant Eagle looks forward to providing further details to shareholders as they become available in the coming weeks.

About NFTs
An NFT is a digital asset that represents real-world objects like art, music, in-game items, and videos. They are bought and sold online, frequently with cryptocurrency, and they are generally encoded with the same underlying software as many cryptos.

Although they’ve been around since 2014, NFTs are gaining notoriety now because they are becoming an increasingly popular way to buy and sell digital artwork. NFT sales have generated a staggering $2.5 billion during the first half of 2021 alone.

NFTs are also generally one of a kind, or at least one of a very limited run, and have unique identifying codes. “Essentially, NFTs create digital scarcity,” says Arry Yu, chair of the Washington Technology Industry Association Cascadia Blockchain Council and managing director of Yellow Umbrella Ventures.
About Valiant Eagle Inc
Valiant Eagle, Inc. (PSRU:OTC) is a publicly-traded corporation focused on the energizing of celebrity entertainment, social media, and TV communications. VE aims to achieve an unparalleled advancement towards media through music, sports, and, with respect to the millennial generation, through technology.

Technology is an important part of our life especially in the last century more than ever. With benefits such as speed, accuracy, unlimited information, and more, the internet has provided various means of communicating without delay nor difficulty. However, a level of consumer satisfaction has yet to be reached. Valiant Eagle, Inc. looks to fill this void.

With the technological infrastructure, individuals, organizations, and the government have created a huge platform that enables effective communication. As such, Valiant Eagle, Inc. features content on iPhone, Android phones, Tablets, and Computers. Traditional TV viewership will gradually decline due to the evolving media landscape. From statistical evidence, 2017 is the first year that the usage of digital video supersedes that of traditional TV. The replacing medium is smartphone and tablet devices, providing the audience with a truly discrete and satisfactory experience while downloading or streaming video.

The need for viewers to engage online and broadcast content for entertainment has proven and is still proving to be highly demanded by both individuals and groups.
Valiant Eagle, Inc. continues to be the handy solution, with access to set tools that allow viewers to get tuned in on topics such as Music, Sports, and Entertainment in the most convenient and efficient way.

Legal Notice Regarding Forward-Looking Statements:
This press release contains forward-looking information within the meaning of Section 27A of the Securities Act of 1933 and section 21E of the Securities Exchange Act of 1934 and is subject to the safe harbor created by those sections. This material contains statements about expected future events and/or financial results that are forward-looking in nature and subject to risks and uncertainties. That includes the possibility that the business outlined in this press release cannot be concluded for some reason. That could be as a result of technical, installation, permitting, or other problems that were not anticipated. Such forward-looking statements by definition involve risks, uncertainties, and other factors, which may cause the actual results, performance, or achievements of Valiant Eagle, Inc. to be materially different from the statements made herein. Except for any obligation under the U.S. federal securities laws, Valiant Eagle, Inc. undertakes no obligation to publicly update any forward-looking statement as a result of new information, future events, or otherwise.

Digital Mental Health, a Core Element of a More Holistic Approach to Healthcare, Market to expand at a CAGR of 28.6%

Digital Mental Health Market Report The global digital mental health market is projected to grow at a CAGR of 28.6% over the next six years […]

The Europe prefabricated building market size is likely to reach USD 32 billion in 2026, growing at a CAGR of over 4% during the forecast […]

Marketing with Intention: Authenticity vs. Exploitation

Corporate Social Responsibility is becoming increasingly important, as it should be. Businesses have a large role to play in social development, given their global reach. […]