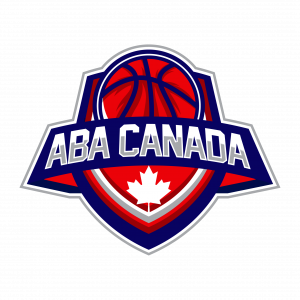 Valiant Eagle, Inc. (OTC Pink: PSRU) is pleased to provide an update on its majority owned, subsidiary, American Basketball Association Canada Inc. (ABA Canada). Management has selected the initial markets in Canada that will host the league’s new teams. ABA Canada will focus on developing its footprint in the Canadian cities of Vancouver, Toronto, and Montreal. In addition, management is currently seeking television deals to broadcast ABA Canada’s games.

ABA Canada aims to establish 10-12 teams in those three markets. Upon finalization of the hiring of coaches and management, ABA Canada will hold interviews and determine team owners, who are seen as a key part of success to the league. Player tryouts will be on a team-by-team basis. Games will be in Canada and also in the U.S. against American-based teams.

To support the league, management will look to capitalize on advertising and sponsorships. However, selling of the league’s TV broadcasting rights is seen as a very lucrative opportunity for ABA Canada and necessary for market penetration. Valiant Eagle plans to release further information on TV deals when signed.

Basketball in Canada has seen a surge in popularity over the past several years. In a country known for its love for hockey, basketball viewership is now taking the lead. Since the Toronto Raptors won the NBA Finals in 2019, viewership has topped that of even one of Canada’s most popular NHL teams, the Toronto Maple Leafs.
However, Canada’s growing love of basketball doesn’t stop at the NBA. During the 2021 season, the WNBA saw record rating in Canada during their opening weekend of games. In fact, 2021 season viewership saw massive growth of 325% increase in average viewership.
“According to a 2020 Nielsen Sports study, interest in the WNBA increased by 31.0 percent year over year amongst Canadian sports fans and 50.0 percent amongst the general population.”
Xavier Mitchell, CEO of both ABA Canada Inc. and Valiant Eagle Inc. states, “Basketball has spread like wildfire in Canada. The stronger the viewership for ABA Canada’s games, the more valuable the overall league will be. As such, seeking Canadian TV deals is a necessary evil and, in combination with our platforms, will make viewership possible to a large swath of the population and may even garner American interest such as viewership of the Canadian Football League of which I am a diehard fan of the Toronto Argonauts.”

Updates will be forthcoming

About Valiant Eagle, Inc
Valiant Eagle Inc (PSRU:OTC) is a publicly-traded corporation focused on the
energizing of celebrity entertainment, social media and TV communications. VE aims to
achieve an unparalleled advancement towards media through music, sports and, with
respect to the millennial generation, through technology. Technology is an important
part of our life especially in the last century more than ever. With benefits such as
speed, accuracy, unlimited information and more, the internet has provided various
means of communicating without delay nor difficulty. However, a level of consumer
satisfaction has yet to be reached. Valiant Eagle, Inc. looks to fill this void.

Legal Notice Regarding Forward-Looking Statements: This press release contains
forward-looking information within the meaning of section 27A of the Securities Act of
1933 and section 21E of the Securities Exchange Act of 1934 and is subject to the safe
harbor created by those sections. This material contains statements about expected
future events and/or financial results that are forward-looking in nature and subject to
risks and uncertainties. That includes the possibility that the business outlined in this
press release cannot be concluded for some reason. That could be as a result of
technical, installation, permitting or other problems that were not anticipated. Such
forward-looking statements by definition involve risks, uncertainties and other factors,
which may cause the actual results, performance or achievements of Valiant Eagle, Inc.
to be materially different from the statements made herein. Except for any obligation
under the U.S. federal securities laws, Valiant Eagle, Inc. undertakes no obligation to
publicly update any forward-looking statement as a result of new information, future
events or otherwise.

The QUICK Monthly Survey in June showed that most respondents believe the Olympics will have little impact on stock prices and cabinet approval ratings. TOKYO, […]