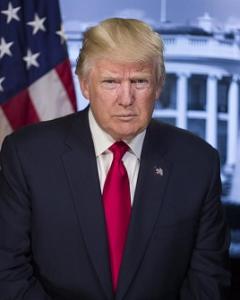 It’s virtually impossible – even for a brand that was strong as Trump’s – to operate simultaneously in the consumer marketplace and political arena.”
— Robert Passikoff, Brand Keys founder and president

NEW YORK, NEW YORK, USA, May 4, 2021 /EINPresswire.com/ — For 30 years Donald Trump was one of the most powerful consumer brands that Brand Keys, the global leader in brand loyalty and emotional engagement research (www.brandkeys.com), tracked. However, Trump’s brand fortunes changed for the worse when he first ran for President, and ran again. Since Trump left office, consumers’ commercial and political bonds with the brand have weakened.

“When Trump entered the political arena, the brand lost efficacy in consumer categories it once dominated,” noted Robert Passikoff, Brand Keys founder and president. “It’s difficult – virtually impossible – even for a brand as strong as Trump, to operate successfully in the consumer marketplace and political arena simultaneously. Political values and category values are never synonymous, and almost always create brand dissonance.”

Add Trump and Get +28% to +35% Brand Oomph
Mr. Trump was designated a “Human Brand” in 1991 by Brand Keys, which coined the nomenclature to describe people who were the living embodiments of particular value sets. That meant a brand like Trump was able to successfully and profitably transfer those values – his values – seamlessly to products and services.

Percentages reported by Brand Keys indicate the additional perceived value achieved by adding the Trump name to a product. “Trump‘s historical value-adds were some of the highest we’d ever seen,” commented Passikoff. On average – and prior to running for President – the Trump brand produced value-adds in the +28% (Real Estate) to +35% (TV/Entertainment) range.” Generally a brand is considered ‘strong’ if it attains value-adds of +12 to +15%. Trump’s numbers were always off the chart!”

Trump did well with labels and retailers and a variety of sectors until they – and consumers –abandoned the brand. “That was mostly political ramifications, with a dollop of extreme ego thrown in,” said Passikoff. “Now only four of the original nine product categories Brand Keys tracked remain where we can measure Trump’s Human Brand-efficacy.”

In the current tracking wave, the Trump brand significantly decreased its value-add in all four categories including TV/Entertainment, which given financial difficulties, had been Trump’s remaining bulwark.”

Trump’s a Political Brand Waiting For a Better Lie
“We suspect the drop in the TV/Entertainment sector is due to Trump’s virtual disappearance from daily television,” noted Passikoff, “He’s become less the ‘Entertainer-in-Chief’ and more an ex-politician playing golf at Mar-a-lago, waiting to give himself a better lie, no matter how many GOP acolytes there seem to be.”

Speculation about a Trump cable network has evaporated, although, as Passikoff reflected, “A Trump TV show might revive some badly wounded categories and soothe some of the inharmonious and negative values consumers have recently come to associate with the Trump brand.”

Trump, the Political Brand: Favorability Down 8%
NBC’s newest Trump approval ratings among all adults is currently 32% favorable (-8% since January) and 55% unfavorable (+2%, since January). “Our brand metrics correlate highly with consumer behavior in the marketplace,” noted Passikoff. “But suspect a downturn in political favorability isn’t doing anything to help the Trump consumer brand.”

What’s Trump Been Up To Since Leaving the White House?
Less than three months after leaving office, Trump gave his first speech at CPAC, blasted Mitch McConnell and continued to argue about outcomes of the election and the Capitol Riot (“Some of them went in and they’re hugging and kissing the police and guards,”). He urged boycotts of businesses opposed to Georgia’s new voting laws, and gave Representative Matt Gaetz, facing a sex trafficking investigation, his fulsome support. Trump was less lavish in his support for the COVID-19 vaccine which his own administration’s Project Warp Speed generated. (“I would recommend it, and I would recommend it to a lot of people that don’t want to get it, and a lot of those people voted for me frankly. But again, we have our freedoms and we have to live by that and I agree with that also.”)

Top-10 Trump Brand Values: Including “Wealth” and “Narcissistic”
Neither consumer nor political values have been helped by Trump’s reelection campaign being forced to issue a staggering $122.7 million in refunds to supporters, based on the campaign’s use of pre-checked recurring payment boxes, which led to complaints from supporters. “The terms ‘fraud, ‘scam,’ and ‘snake oil’ aren’t values one wants anywhere close to their brand.

Consequently the Trump-brand set of associated values has changed dramatically over the past five years. “With as dramatic a shift from business to politics you’d expect changes,” noted Passikoff. “And there were. While some of the traditional, original Trump brand values remain, the changes in rank and composition of new values associated with the Trump brand are conspicuous.”

It has been reported the Trump family business, built on luxury brands, has been contemplating a reinvention. “The Trump brand was originally premised on gold-plated luxury. But based on the recent backlash and the current set of associated values, we wouldn’t count on it being an easy transformation,” said Passikoff.

Brand Keys’ assessments, a combination of psychological inquiry and statistical analyses, has a test/re-test reliability of 0.93, produces results generalizable at the 95% confidence level and correlates with positive consumer marketplace behavior at the 0.80+ level. It has been successfully used in B2B, B2C, D2C categories in 35 countries.

The methodology has been used to successfully track the Trump brand for 30 years.