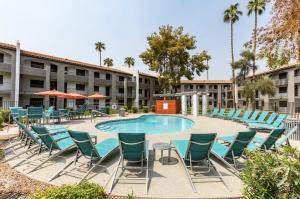 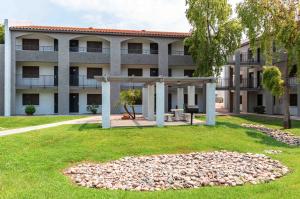 PHOENIX, ARIZONA, UNITED STATES, June 30, 2021 /EINPresswire.com/ — Tower 16 Capital Partners has sold IVilla Garden Apartments, a 214-unit multifamily project in Phoenix, for $30 million. The property was purchased by Tower 16 in February 2020 for $15.1 million in an off-market transaction. The new buyer is Tides Equities, one of the largest apartment owners in the Phoenix market, who is planning to further renovate and improve the property during its ownership.

“We made significant improvements to the IVilla Garden project during our ownership,” said Tower 16 Co-Founder Tyler Pruett. “That allowed us to achieve our business plan very quickly. Despite this sale, we plan on re-investing in multifamily properties throughout the Phoenix market over the next several years as we continue to see a positive supply/demand relationship in the region.”

IVilla Garden Apartments is a 214-unit apartment community located at 2634 N. 51st Avenue in Phoenix. The property is in the Westside submarket of Maricopa County, less than eight miles from downtown Phoenix. This location is conveniently located near the I-10 the I-60 and the I-17 freeways, allowing quick access to downtown Phoenix and other parts of Maricopa County. The project was built in 1981 and consists of 11 buildings situated on 2.4 acres. Common area amenities include gated access, two pools, laundry facilities, a central park, barbeques, a playground and dog park. The project includes both studio and one-bedroom units including fully equipped kitchens with stove/ovens, refrigerators, ceiling fans, central heating and air conditioning. Tower 16 spent over $1.9 million in renovations and upgrades to the property during its ownership.

“IVilla Gardens proved to be a great project for not only Tower 16 but for our investors and, most importantly, our residents of the community,” said Tower 16 Co-Founder Mike Farley. “Further, I believe the property will only continue to improve under the new ownership.”

About Tower 16 Capital Partners LLC
Tower 16 Capital Partners, LLC is a commercial real estate investment and management company focused on acquiring and managing value-add multifamily properties throughout the Western United States. Headquartered in Encinitas, Calif., Tower 16 was founded by principals Mike Farley and Tyler Pruett who have over 40 years of combined institutional real estate experience with an emphasis on value-add investing. Since its founding in 2017, Tower 16 has acquired 16 multifamily projects totaling close to 4,200 units and representing roughly $670 million of asset value.