The World Health Organization Calls for an End to the Trade of Live, Wild Animals at Wet Markets 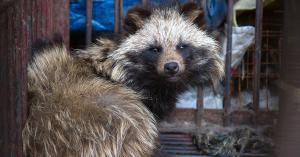 A wild raccoon anxiously awaits slaughter in a wet market. 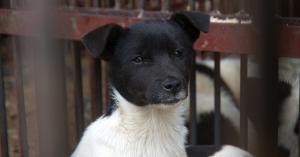 Dogs and cats are also part of the live animal trade at wet markets. 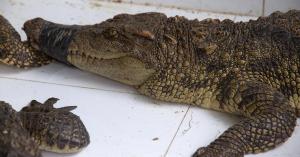 Alligators, crocodiles, turtles, and frogs are just some of the reptiles and amphibians sold at live animal markets.

To ensure another pandemic virus does not emerge again, we ask that these organizations also recommend a ban on the sale of all live animals at wet markets.”
— Sharon Núñez, President of Animal Equality

LOS ANGELES, UNITED STATES, April 15, 2021 /EINPresswire.com/ — In a newly released guidance issuance, the World Health Organization (WHO), the World Organization for Animal Health (OIE), and the United Nations Environment Program (UNEP) have jointly called for the worldwide suspension of the sale of live, wild mammals in traditional markets—also known as wet markets—due to the high risk these sales pose to human disease transmission. This guidance from these specialized agencies comes weeks after the WHO reported that COVID-19 most likely originated from a non-human animal.

“Animals, particularly wild animals, are reported to be the source of more than 70% of all emerging infectious diseases in humans, many of which are caused by novel viruses,” states the guidance issued by the international organizations.

The issuance also calls for temporary emergency measures, including to “close these markets or those parts of the markets where live caught wild animals of mammalian species are kept or sold to reduce the potential for transmission of zoonotic pathogens.”

The document warned that there is a risk of direct disease transmission, including SARS-CoV-2, to humans from contact with the saliva, blood, urine, mucus, feces, or other body fluids in areas where animals are housed in markets.

“Banning the sale of these animals can protect the health of people, both those who work in the markets and buyers,” said Fadela Chaib, WHO spokesperson.

In addition to the suspension of the sale of these animals, the organizations call for improved hygiene and sanitation standards in these traditional markets to reduce both animal-to-human transmission and contagion between traders and customers.

These recommendations from the WHO, the OIE, and UNEP, are in line with some of the requests in a global petition addressed to the United Nations launched in 2020 by the international animal protection organization Animal Equality. The petition, gaining over half a million signatures, was created after the organization released two investigations into the dangers of wet markets, with footage showing the cruel and unsanitary conditions at markets in India, Vietnam, and China.

While these guidance measures are an important step in the right direction for human health and safety, as well as for ending the abusive trade of wild animals, they fall short in that they do not include a similar call to end the trade of all live animals caged and killed at these markets. As the emergence of Swine flu (H1N1) and Avian flu (H5N1) has shown, the conditions in which traditionally farmed animals are raised and slaughtered also pose a significant threat at wet markets.

“Animal Equality welcomes the guidance of the WHO, OIE, and UNEP to suspend the sale of wild animals at food markets. However, this progress is just the beginning. To ensure another pandemic virus does not emerge again, we ask that these organizations also recommend a ban on the sale of all live animals at wet markets. Until that happens, both animals and people will remain at risk,” says Sharon Núñez, President of Animal Equality.

HOW TO CREATE INFLUENCER MARKETING STRATEGY