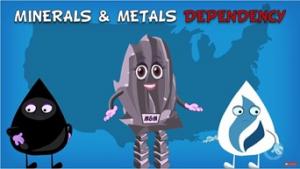 Exploring the truth about the limited sources of essential components such as neodymium magnets that are essential in producing wind turbines.

Renewable energy has been the subject of many discussions, especially with recent announcements made by the White House. Federal Leaders from across the Biden Administration announced a set of bold actions that will accelerate offshore wind energy development, bolster the domestic supply chain, and generate good-paying, union jobs. However, there may be major caveats to the feasibility of this plan.

Latest data from the U.S. Energy Information Administration’s (EIA) inventory of electricity generators, developers, and power plant owners show that a total of 39.7 gigawatts (GW) of new electricity generating capacity is planned to start commercial operation in 2021. Solar will account for 39% and wind at 31% of this total new electric power capacity.

The projected additional electrical capacity from renewable resources in 2021 is not surprising. As early as 2018, the EIA already projected that non-hydroelectric renewable energy resources such as wind and solar would be the fastest-growing source of U.S. electricity generation for the next two years.

Joe Biden’s administration announced their bold plan includes building a new wind energy area between the shallow waters of Long Island and the New Jersey Coast. The new offshore wind projects are projected to produce around 30 Gigawatts of energy from the Offshore Wind Turbines when they’re completed by 2030.

The latest announcement of the federal government comes as no surprise. The whole world seems fixated on the promise of wind and solar as the best renewable source of energy. Lobbyists have been launching campaigns to replace existing energy sources with so-called “Green Technology” such as solar and wind.

The world is behind green energy supported by wind & solar, but what it doesn’t know is that it is not feasible. The announcements look good on paper, but they failed to show crucial details of the project. These details include the current limited capacity to build new wind turbines and the limited sources of essential components such as neodymium magnets that are important in producing turbines.
Limited Supplies of Rare Earths and Neodymium Magnets

Many do not realize that building a wind turbine is resource extensive, especially in using rare-earth that are used to manufacture magnets. A typical 5-megawatt direct-drive wind turbine with a permanent-magnet generator will need three metric tons of permanent magnets. One metric ton is a rare earth oxide alloy or another rare-earth compound.

The numbers around the required material demand become staggering when it comes to the demand for rare-earth material. That’s just for the offshore wind; the onshore wind is also growing. On the other hand, electric vehicles are projected to be 20-30 million on the road. Each vehicle will need an average of 4 pounds per car of rare-earth compounds, that’s 80-120 million pounds or 40,000 to 60,000 metric tons.

Where will Alternative Materials for Clean Energy Come From?

Electromagnets are more affordable than permanent magnets especially when strong magnetic fields are required. They can be produced from a variety of common metals, and unlike permanent magnets, can be turned on and off making them more controllable. It also does not need to use rare-earth materials that have a very limited supply.

It should be noted that the magnets used in hydropower turbine generators of the SeaDog Dam-Free Hydropower systems are electro-magnets and can tolerate internal power consumption. The hydropower plants and the SeaDog Dam-Free Hydropower systems do not have this “dirty demand” for materials that are in such scarcity and carry such political-economic threats and impacts as rare earth magnets.