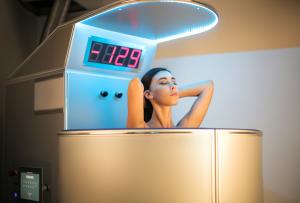 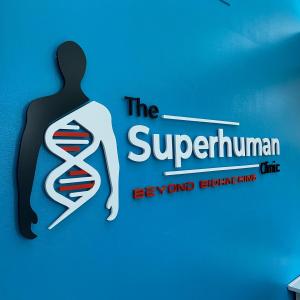 You can try Whole Body Cryotherapy at The Superhuman Clinic in Milpitas, CA

UNITED STATES, October 18, 2021 /EINPresswire.com/ — Cryotherapy has been around for over 5000 years and has been used to help reduce inflammation and speed up the healing process in the human body. Today, the research behind cryotherapy looks promising, and modern studies may be able to explain why pro athletes find cryotherapy so effective.
A recent research study published in 2021 details the medical use of cryotherapy to help speed up recovery after exercise. The research explains that for cryotherapy to be most effective, it must be applied as soon as possible after the injury or heavy exercise. It is becoming more obvious through continuous research that cryotherapy is effective at reducing inflammation and tissue damage in the area of injury.

As seen in the New York Times and other newspapers, pro athletes like Lebron James, Steph Curry, and Cristiano Ronaldo amongst many others all use cryotherapy to help them improve their game and meet the demands of playing pro sports.

Why Cryotherapy Is Effective

According to the New York Chiropractic College, sudden exposure to cold temperatures during cryotherapy can offer the patient several benefits by altering blood flow. This controlled application of cold to the site of injury can markedly numb pain and reduce inflammatory effects, leading to faster recovery after injury.

There is a difference between Cryotherapy and Whole-Body Cryotherapy, though the concept stems from the same ideology. Cryotherapy involves the use of ice to speed up the recovery process in targeted areas, whereas whole body cryotherapy entails the patient’s whole body is exposed to freezing temperatures as cold as negative 200-300°F. Since the cryotherapy treatment is only for a few minutes and the cold is generated through nitrogen or argon gas, no damage to the tissue occurs; and in fact, this brief burst of cold can provide beneficial physiological effects.

Aside from the anti-inflammatory benefits, there are hormone-optimizing benefits to be had while utilizing cryotherapy, too. Athletes place intense demands on their bodies and look for ways to enhance their recovery while remaining in accordance with anti-doping policies and the like.
A 2014 study displayed that Rugby athletes exposed to whole-body cryotherapy not only increased their salivary testosterone levels, but they were able to decrease their cortisol levels simultaneously. The concurrent effect of raising anabolic hormones while reducing stress hormones means that athletes now have a natural alternative to optimize their hormonal profiles and get the most out of their performance and training.

Exercising and playing sports to stay fit is amazing for the body, but all that vigorous effort can take a toll on the muscles and organs.
Muscles break first to build up, and athletes should eat right, get adequate rest, and conduct all their warm-up exercises to help their bodies go through this natural process with ease. Once a workout session is done, cryotherapy is a viable option to reduce the pain and swelling that often occurs after conducting a strenuous activity.

Given the prevalence of professional athletes implementing this therapy, and the research proving its effectiveness in sport – it’s time to take a closer look at cryotherapy.