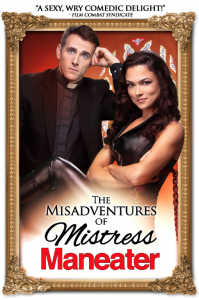 Lorrisa Julianus and Mickey O’Sullivan star in the Multiple Award-Winning RomCom, “The Misadventures of Mistress Maneater” 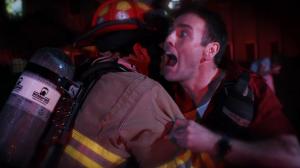 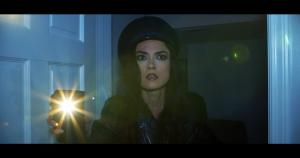 Outside the Spotlight Says The Misadventures of Mistress Maneater is a Must-See RomCom!

The Misadventures of Mistress Maneater is an enjoyable ride that’ll keep you entertained while incorporating multiple genres to keep it from losing momentum. Look for fun outtakes in the credits!”
— Alex Leptos

CROWN POINT, IN, UNITED STATES, September 10, 2021 /EINPresswire.com/ — PLOT: With only 30 days to repay a massive loan, a disgraced art historian is forced into a scandalous scheme: win the heart of, and then extort, the Episcopal priest avoiding her like loose glitter. When she discovers him hiding the world’s greatest lost masterpiece, will she betray the heroic man who believes in her genius, or fall for him and doom herself to a custom pair of concrete stilettos?

Written and directed by husband-and-wife duo C.J and Lorissa Julianus respectively, The Misadventures of Mistress Maneater has a smooth, saturated feel like a 70s cult horror movie with a little, but not all of the campiness. The character of Ava, portrayed also by Lorissa Julianus is the highlight of the film with a sultry, leather suit-wearing femme fatale-ity way about her. Whilst alot of this film does feel rather familiar, however there’s enough here that is marches to its own beat. It’s an interesting point-of-view tale from the eye of a character type we don’t see very often. There’s plenty of movies revolving around, say, sex workers but Ava, as she makes clear multiple times, is not an object, but a genius, keeping an extremely professional conduct even down to a thorough contract which her clients are presented with before any proceedings occur.

The film does seem to comment on how we view a dominatrix as much the same thing and may look down on them because of it. Multiple times, men treat Ava with not-so-much respect and perhaps also comments on our fascination with power and some men’s lust for powerful women. Ava, being the strong, independent type with a lot more going on than it may seem, easily corrects their misinterpretations. Also being a certified genius when it comes to art history, Ava carries herself with much the same suave and sassy confidence as a Selina Kyle (and has the suit to match) and her face so expressive that she could probably deliver an entire script with no words. Ava is not all seriousness though; full of one-liners and a few small quirks that keep the movie fun. An example being that her text message tone is the various sounds of people in pain. She also uses voice to text which again could be a metaphor for her control over things because it’s miraculously correct every time and, when does that ever happen?

The cast is small, consisting of just four main characters who occupy most of the screen time. In addition to Ava, Mickey O’Sullivan as Father Radovan is great too. Both get their chance to shine individually however their best work comes towards the movie’s heated climax. Borris, portrayed by Adam Christopher and Ava’s best friend portrayed by Shannon Brown are both enjoyable, if not a little cheesy, but are perhaps the least memorable aspects of the affair. What none of the characters are lacking however is development. The layers peel back like onions as we slowly discover more and more about each of their lives and how they came to be here. Why is the priest such a knowledgeable fighter? Why is the city mayor promoting cage fights on the weekends? Seriously, how is Ava’s voice-to-text always correct?!

When it comes to clichés, of which there are certainly a few in its rom-com tropes and its character tropes, TMoMM is certainly aware of what it is, often making fun of itself during the process. Having said that, this is certainly not a film that lacks intelligence. It definitely requires you to listen and one that might even prompt you hitting the rewind button to make sure you’re getting all of the details. Not to say it’s particularly difficult to follow but probably isn’t the type of film that the causal viewer can occasionally check Facebook with.

An underground fight club at the halfway mark sets up for a change in tone from rom-com to drama and eventually even thriller territory which, despite some genuine laugh-out-loud moments in the first half, it is arguably better at. It’s during this half that the cast really showcases their abilities (remember that “heated” climax I mentioned?). The action and fight choreography leaves a bit to be desired but is just about brutal enough to be satisfying although some of it ultimately feels somewhat out of place. Considering it only happens a few times in nearly two hours though, it’s hardly distracting.

Overall, The Misadventures of Mistress Maneater is an enjoyable ride and one that’ll surely keep you entertained and its incorporating of multiple genres keeps it from losing its momentum. Be sure to stick around for the credits for some outtakes!