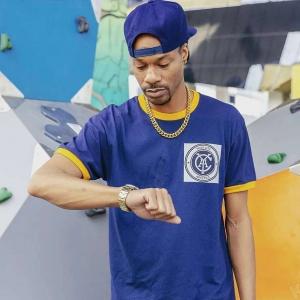 With his exceptional music, incredible marketing skills, and past musical projects, up-and-coming artist 88barz is all set to take over the world of music.

TORONTO, ONTARIO, CANADA, October 11, 2021 /EINPresswire.com/ — Emerging artist 88barz is a true force to be reckoned in the world of music. With incredible expertise in multiple genres such as Rap, Hip Hop, and RnB, the artist can be seen as well-equipped and experienced when it comes to making unique and original tunes. 88barz released his latest single titled “Datz My Gang” in the month of October 2019.

With the release of the single, the artist is looking forward to getting his sound out there in the world and winning over a significant number of fans. He wants his music to have an impact on people and make them admire him as a Hip Hop artist of the time. “Datz My Gang” is a part of the artist’s last major musical project – his most successful EP up until now. The EP is titled ‘Dead Men Don’t Tell Lies’ and consists of a number of unique and original songs. It was released in 2019 on most major music streaming/downloading platforms all around the world. The EP is based on 88barz’s personal life experiences and is a well-defined story of his past. He firmly believes in the idea of sharing his personal struggles, achievements, and other general experiences with his fans through his music, so that they treat his music as a source of inspiration and find a way to overcome the hurdles they’re facing in life.

“Datz My Gang” was released along with a music video on YouTube on October 6th, 2019. The video features the artist himself, partying with a bunch of his friends and letting loose at a bar while flashy lights go off in the background, creating a fun environment. Apart from “Datz My Gang”, some other songs on the EP include “Rolling, Butter, Eye 2 Eye, where we going, and dead men don’t tell lies .. some of his greatest quote he lives by are , “Believe in What You Can’t See”, “Bet on Yourself”, “88 Reasons Why I Won’t Stop”, and “Long Days Into Longer Nights”.

All the songs are inspired by 88barz’s real life experiences and meaningful messages about the harsh realities of life. What makes 88barz so incredibly unique as an artist is his ability to mold personal struggles into such outstanding songs that people can’t help but be inspired by him. This artistic individuality and special ability of his makes him stand out amongst other artists.

Check out his music and contact him for interviews/collaborations

About
88barz is a multi-talented artist who specializes in Hip Hop, RnB, and Rap music. His marketing skills and experience, knowledge, and talent made his last EP go viral amongst Rap music fans.

He has been to the USA in several states as well as overseas. He is a solo movement currently, but he had a few people with him all along the way who gave up on the dream midway. He plans on continuing his musical journey by himself, inspiring hundreds along the way.