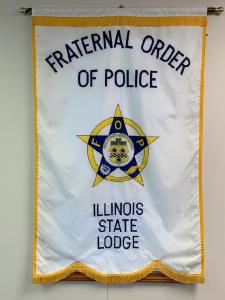 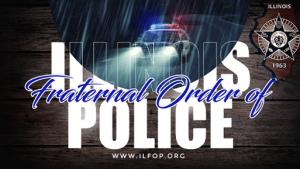 Illinois Fraternal Order Of Police Stands With You

CHICAGO, IL, USA, September 24, 2021 /EINPresswire.com/ — The Illinois Fraternal Order of Police has launched their new Facts Matter Moments Podcast. In the new Facts Matter Moments podcast, you will find coverage on controversial topics, new laws, and hear from past government officials. The first nineteen episodes are available now on YouTube and can be seen here.

This is a rare behind the scenes look at the opinions from law enforcement and government officials that the public needs to be a part of. This is the opportunity to view these topics from a new angle, topics such as no-knock warrants, House Bill 3653, (AKA The “ANYTHING BUT” Safe-T Act), ILFOP President Chris Southwood’s point of view on body cameras, the future of the force, no cash bail and plenty of other topics.

“To encourage fraternal, charitable, and social activities among law enforcement officers. To increase the efficiency of the law enforcement profession, and thus more firmly establish the confidence of the public in the service dedicated to the protection of life and property.”

This may arguably be the most important time in American history for policing organizations, and policed communities, to reach a common ground. That is exactly what the ILFOP (Illinois Fraternal Order of Police) is attempting to accomplish through their Facts Matter Moments Podcast and beyond. It is evident by their philosophy that their goals are true. Beginning with law enforcement officers and the professions itself, to “establish the confidence of the public”, a noble gesture during these times of national stress and distrust. The ILFOP clearly states that they do not want fear to be a part of the relationship between the community and law enforcement. Some of the videos posted by the ILFOP state that the “Illinois Fraternal Order of Police Stands With You” and that they welcome the calls for “more training”.

Chris Southwood is not only a military police veteran but also a twenty-six-year+ veteran with the Illinois State Police. He has been President of the ILFOP for more than seven years, and he is a firm believer that fear does not create change. Chris is the host of the Facts Matter Moments Podcast and often gives his perspective on these hot topics in his interviews with government officials. This type of communication and perspective is a great start to repairing relationships between law enforcement and the communities they serve. Especially hearing from an expert of his caliber.

The Fraternal Order of Police (FOP), founded over 100 years ago in 1915, is the largest enforcement organization of sworn law enforcement officers in the United States. With a proud tradition of officers representing officers, the FOP is the most respected and most recognized police organization in the country. The Illinois FOP is the second largest State Lodge, proudly representing over 34,500 active duty and retired police officers – more than 10 percent of all FOP members nationwide.

The Illinois State Lodge, chartered in 1963, is run by a highly dedicated Board of Trustees and staff who are committed to elevating the law enforcement profession, protecting members’ rights, promoting fraternalism, and raising the value of membership. The FOP serves as the national and state legislative voice of those who dedicate their lives to protecting and serving others. In addition, ILFOP members benefit from a variety of FOP programs and services, including legal defense, accidental death and disability insurance, peer support, scholarships, chaplaincy, education, training, and much more. Learn more about the Facts Matter Moments Podcast and the ILFOP and let’s bridge the gap between law enforcement and the community today.