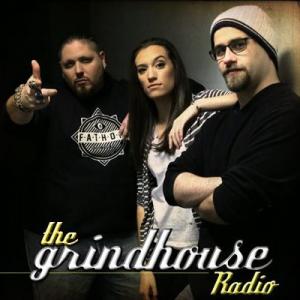 ​Albeit GHR is internationally syndicated – the show and its cast also have a tremendous local appeal with between 620k –650k listeners respectively in the Long Island, New York market where they reside. They were nominated and voted the 2017, 2018, 2019 & 2020 Best Radio Station on Long Island over all the leading competition including terrestrial radio for four consecutive years. In 2019 GHR was nominated and voted winners in three categories… Best Radio Station on Long Island, as well as GHR’s Brimstone winning Best Twitter account from Long Island and Best Long Island Personality over Billy Joel, Jerry Seinfeld and Alec Baldwin for the 2nd consecutive year. It should also be noted that GHR’s Kim Adragna was nominated for the Personality Award. Furthermore, GHR was announced as a 2018 SCORE American Small Business Awards Champion and National Grand Champion – prompting a Certificate of Recognition from NY Mayor DeBlasio. The Grindhouse Radio was awarded the 2020 New York State Senate Empire Business Award in recognition of their repeated contributions to the community and New York State followed by a 2021 Platinum Communitas Award for Excellence in Corporate Responsibility | Making a Difference and Brimstone awarded for Excellence in Community Service | Leadership in Individual Community Service.

In 2021, GHR was awarded a Gold AVA Digital Award for Audio Production / Radio Podcast and a Gold Award of Excellence | Individual Episodes, Entertainment Podcast​ for the 27th Annual Communicator Awards. On social media, GHR branded GIFs have been used over 900 million times via their official Giphy account. Notably, Adragna has been named a recipient of the Long Island Business News’, 30 Under 30 Award 2019 and Grindhouse Radio was a major topic of discussion at the European Planetary Science Congress 2018 – officially making them a citable source for scientific and collegiate papers.
GHR is essentially a show that is designed to appeal to everyone, from a group of not-so “normal” people. Carefully crafted into a TWO HOUR talk radio show, the Grindhouse cast offers listeners their weekly pop culture fix of current news & events, comics, music, gadgets, gaming, sports and movies seamlessly blended in to a precise format. A no holds barred, madhouse of mythological proportions, GHR aims to be the public’s weekly fix for pop-culture, nerdisms and all around oddball topics that relate to media and celebrity.