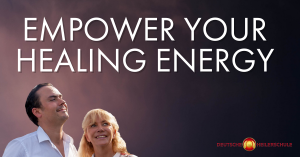 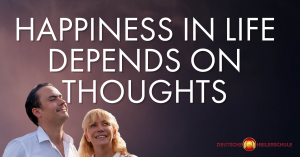 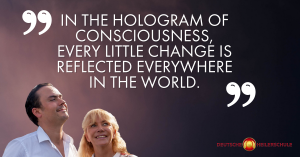 A new healing system called HumanEnergetik was developed by the German HealerSchool. This was done in close cooperation with different Human Energeticists.

In the hologram of consciousness, every little change is reflected everywhere in the world.”
— Sebastian Lichtenberg – Founder Deutsche Heilerschule

SEEFELD, BAYERN, DEUTSCHLAND, September 23, 2021 /EINPresswire.com/ — A new quantum healing system called HumanEnergetik was developed by the German HealerSchool. This was done in close cooperation with different Human Energeticists. In the new quantum healing system the aspects of high energetic healing play an enormous role. The unique techniques are successfully used in energy work. There are seminars and trainings on HumanEnergetik in major cities. Quantum Matrix is based on the scientific explanation of zero-point energy.

The DoubleSlitExperiment explains vividly this field theory. One learns, for example, that thoughts influence our consciousness. In the future there will be further findings about the connection of thoughts and matter.

Today several people in the spiritual circles deal with quantum healing or as the German says “Geistiges Heilen lernen“. Now you should look a little closer at the method.

The term “quantum healing” suggests a physical subject. It is not quite like that. There one speaks about the connection between biological as well as physical processes. In our perception, physics stands mainly for the field of energy. With it one puts in connection these terms: Zero point energy, quantum field, the matrix, morphogenetic field, consciousness. We describe with it subjects, which designate the reality of a material world. There is also philosophizing, everybody wants to know what controls such matter.

Another natural science – chemistry – also deals with this subject.

In physics we have to do with oscillation. Each consists always of a certain information, which transports energy. The experts know that such oscillations are in mutual contact, i.e. they influence each other. The oscillations propagate as waves and form complex fields. The quantum field is a field with unlimited possibilities.

The consciousness leads to “living” matter. The goal of development is brought into the material world, from there an answer comes. But such answer must be well understood by the consciousness. So it is absolutely necessary that there is a component which would both receive information coming from consciousness and be a transmitter into the field of consciousness. The component is called DNA. The DNA consists mainly of protein, but is superconductive. The spiral shape as well as the superconductivity serve as an antenna to the zero-point energy. An energy cannot come alone, it always carries information.

The “Deutsche Heilerschule” supports people who want to do spiritual healing work. There is a training that lasts 6 days. Knowledge is taught that is crucial for success.

We learn that our reality is created with consciousness. This knowledge is not only based on spiritual wisdom, but has been confirmed by quantum physics. The spiritual beginning of quantum healing with a matrix-inform two-point method can be traced back many centuries.