The Data Wars: As Apple and Facebook square up, businesses, marketers and consumers prepare for the fallout 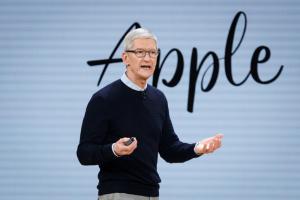 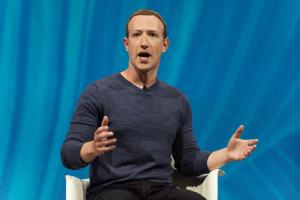 Apple’s iOS 14.5 has Facebook up in arms. As Mark Zuckerberg and Tim Cook battle it out, what does the change really mean for consumers and businesses?

If we accept as normal and unavoidable that everything in our lives can be aggregated and sold, then we lose so much more than data. We lose the freedom to be human.”
— Tim Cook, CEO of Apple

CONCORD, ONTARIO, CANADA, April 20, 2021 /EINPresswire.com/ — Apple’s new iOS 14.5 update will require iPhone users to grant data tracking permission to apps. As boring as this may sound, it has massive implications for companies across the globe. At the heart of the iOS change is the idea of consumer privacy and choice. Apple and their CEO Tim Cook believe that consumers should be able to decide what platforms can utilize their data, and in what ways. Facebook, and their CEO Mark Zuckerberg, see Apple’s data change as an impediment to businesses, and their bottom line. As the two companies lambast each other through various press releases and statements, the stage is set for a massive battle between two of the world’s largest tech giants. Unfortunately, consumers, marketers and businesses are forced to sit idly by waiting for the dust to settle.

To begin with, focus should remain on the update. Apple’s iOS 14.5 brings a slew of other changes, but only the change regarding user data is being highlighted (rightly so). At the core of this data change is Apple’s consumer privacy ethos. The ethos, currently being upheld by CEO Tim Cook, has long been at the heart of Apple’s business and began with the iconic Steve Jobs. The new iOS update would require a user to grant access to particular apps regarding the tracking of their app and data use. For example, a notification will appear asking the user if they would like to grant permission to Facebook’s app for data tracking purposes. Such tracking allows Facebook to track the user throughout their phone, searches, location, etc and thus tailor specific ads to them. With this in mind we can begin to see why Apple’s change hurts Facebook’s business model. No tracking, no data, less effective advertising, less companies paying to advertise on Facebook.

Generally speaking, the belief from both Facebook and Apple is that a majority of users will choose to opt out of data tracking. Data tracking and ad targeting has been the norm for several years now, and allows businesses to advertise to the most relevant consumer bases for this business (based on aggregate data collected per user). However, the terms data and tracking themselves often worry consumers and will likely result in them restricting an app’s access. As a society we have not quite reached Orwell’s 1984 prediction of big brother watching our every move (at least so we’re told), but it is somewhat close. Any online platform is able to take aggregate levels of consumer data and build specific profiles for each user, which guarantees effective advertising. Have you ever taken a look at the assumptions Google has made about you, based purely on your search and activity? Check your Google account settings, and you’ll be quite surprised how well they accurately predict basic things from age, gender, and marital status to much more abstract ideas such as interests, hobbies, or even film genres.

The perspective of consumers is understandable. “Why should I let a business track my every move, in order for them to advertise and make money off me”. This is the viewpoint Apple is defending and trying to enshrine with their new iOS 14.5 policy. The decision to withhold or share one’s data is wholly personal or private. Should companies be able to know what the internet searches and histories are of millions (likely billions) of users, without their consent?

On the other side of the argument, Facebook claims it has the interest of small businesses and consumers at heart, showing them the ads they “need”. It argues that online advertising services, such as the ones Facebook offers, are at the core of cost-effective marketing strategies for small businesses. The fact is, thousands of small businesses utilize online platforms (which rely on data tracking) in order to find relevant and interested customers. For example, a local jewelry shop can advertise to customers near their geographic location who are searching for engagement rings. Facebook argues, with Apple’s new iOS change, small businesses will lose a huge portion of their marketing capabilities.

With all these considerations in mind, a new alternative emerges, which could be the commodification of data to interested parties. Companies and businesses want to sell or advertise to you, and their value propositions need both research and data. Consumer data at the moment is completely unrestricted and up for the taking. But as consumers become more aware of the value their data presents, they are less likely to hand it over to businesses for nothing. This would allow businesses and marketers to still utilize data for advertising purposes, whilst also satisfying consumer demands for data tracking consent.

Apple’s iOS 14.5 change looks inevitable, and iPhone users will be able to choose and select which apps are given access to their data. This change will fundamentally alter the world of online advertising, for better or worse. But rest assured, this will not be the end for data and tracking measurements in advertising. Whether it’s from paid data tracking agreements, or otherwise, data is here to stay and its evolution in business will continue. To what extent, and what ways data tracking will circumvent privacy concerns, remains to be seen.

Mrkt360 prides itself on remaining ahead of the curve regarding technological and digital developments. The best way to react and adapt to such changes is to foresee or be aware of them. If you’re worried about how Apple’s iOS 14.5 change may affect your business or advertisements, reach out to us. We’re happy to discuss, strategize, and help prepare your business for the world of tomorrow.

Digital Marketing and the Voice Channel: A Symbiotic Symphony

John Smallwood is the President of Travel Outlook. In addition to the unique use of world-class call center technology, Travel Outlook is the only call […]