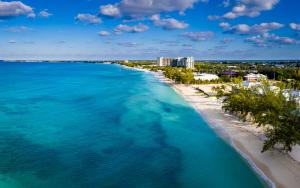 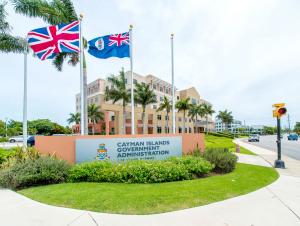 The Commonwealth Climate Growth Fund (Cayman) LP, based in the Cayman Islands, is sponsored by the Commonwealth Enterprise and Investment Council (CWEIC).

The Cayman Islands Government is committed to mitigating the adverse impacts of global warming for the Cayman Islands by promoting sustainability and innovation both locally and globally.”
— Minister for Investment, Innovation and Social Development André Ebanks

GEORGE TOWN, GRAND CAYMAN, CAYMAN ISLANDS, October 5, 2021 /EINPresswire.com/ — The Hon. Minister for Investment, Innovation and Social Development André Ebanks today announced that the Cayman Islands Government has committed to join global efforts to combat the increasing threat of global warming, as highlighted in the most recent report of the Intergovernmental Panel on Climate Change.

“The Cayman Islands Government is committed to mitigating the adverse impacts of global warming for the Cayman Islands in the short and long term, and it is committed to promoting sustainability and innovation both locally and globally,” stated the Hon. Minister. “I am pleased to announce that Government is joining global efforts to combat climate change, specifically by committing seed capital to establish a new investment fund that will be focused on businesses and technologies that deliver climate mitigation and adaptation throughout the 54 member countries of the Commonwealth.”
Government’s commitment of seed capital is a catalyst for the establishment of the Commonwealth Climate Growth Fund (Cayman) LP, based in the Cayman Islands, and sponsored by the Commonwealth Enterprise and Investment Council (CWEIC).

Minister Ebanks observed that with the establishment of this Fund, in partnership with the CWEIC, “The Cayman Islands can make a truly global contribution to sustainable development and capitalise on global opportunities within this space and, at the same time, enable financial support for green private sector enterprises and initiatives within the Cayman Islands, contributing to our cleaner, greener future and facilitating further protection of our pristine natural assets.”

He continued, “The choice of the Cayman Islands as the jurisdiction where the Commonwealth Climate Growth Fund will be established and managed makes tremendous synergistic sense. It is a timely combination of the elected government’s commitment to sustainability and climate resiliency while utilising the Cayman Islands’ globally respected investment funds regime which observes the highest international standards with unparalleled financial services expertise and professional talent. I fully anticipate that similar green financing funds will be established alongside this one.”

The Honourable Premier G. Wayne Panton expressed excitement regarding the establishment of the Fund, particularly the focus on facilitating private sector investment across the Commonwealth to support green technology, in aid of reducing greenhouse gas emissions, supporting adaptation and building resilience to the adverse impacts of climate change.

Through the Ministry of Investment, Innovation and Social Development, the Cayman Islands Government is a Strategic Partner of the Commonwealth Enterprise and Investment Council, a non-profit entity which serves as the business network of the Commonwealth nations and will serve as the Fund’s sponsor.

It is expected that this unique partnership between Government and the CWEIC will enable the Government to leverage the CWEIC’s business network, creating valuable synergies and relationships that will generate viable green investment opportunities for years to come.

His Excellency the Governor Martyn Roper endorsed the new Fund, stating: “In the lead-up to the UK hosting COP-26, I commend and endorse this forward-thinking initiative for both its local and global impact. It has enormous potential to assist the Cayman Islands in protecting its environment and its evolution towards a more sustainable society, while also yielding similar benefits across the 54 Commonwealth nations and other British Overseas Territories. Along with the Cayman Islands, many of these nations are extremely vulnerable to the negative impacts of global warming and will reap significant and lasting benefits from investment in green technologies.”

Lord Marland, CEO of the Commonwealth Enterprise and Investment Council, stated: “The Cayman Islands is an ideal partner for launching and supporting this fund, which will have a significant impact across the 54 Commonwealth nations, including British Overseas Territories and Crown Dependencies. The majority of these nations are eager to transition their economies to more environmentally sustainable growth – and the Fund will do so by mobilizing finance at scale. The Fund will yield benefits in investment that is focused on technologies and infrastructure that aid in the production of renewable energy, create sustainable agriculture and use of natural resources, support more efficient use of water and widespread sanitation, and a host of other sustainable initiatives.”

The Cayman Islands Government has committed seed funding in the amount of US$25 million for a 10 year period, drawn down in proportion to total capital as investments are made in the first four to six years of the Fund’s operation.

Following this seed investment, other local investors will be offered the opportunity to commit capital.

After raising initial committed capital locally, the Fund will be placed with a bank to raise the additional targeted capital. The target size of the Fund is US$1 billion; the Cayman Islands Government has made its investment contingent on the Fund reaching a closing of at least US$750 million.

The Fund will commit to $50 million within the Cayman Islands in private sector blue/green enterprises and projects, feasibly to be distributed within the first three years of the Fund’s operation.

Key investment themes for the fund are renewable energy, natural resources, water and sanitation, food and agriculture, infrastructure, education, social development and healthcare – a common thread across all the above investment themes being technology.