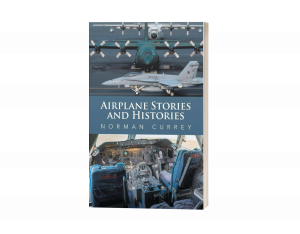 The author, Norman Currey, is a Chartered Engineer (UK) and a Fellow of the Royal Aeronautical Society, and has published many articles, presented papers at two SAE Systems Conferences, and has published a book on landing gear design (AIAA). He was born on the North Sea Coast of Scarborough, Yorkshire, in 1926. His first experience with aircraft was in the Air Training Corps from 1941 to 1943. After high school, he attended de Havilland Aeronautical Technical School for four years at Harfield which is just a few miles north of London. He worked as a stress engineer after graduating at de Havilland on the Comet. He then sailed to Canada where he was a design engineer at Avro Aircraft for 10 years, working mostly in its Initial Projects Office. He then worked at Lockheed for 30 years on the C-130, C-5, JetStar and conducting research and development in their Preliminary Design department. Since retirement, he did some consulting and presented lectures to the South Korean Agency Defense Development.

Despite all the technicalities, the book is made for readers to learn and enjoy at the same time. It is an essential addition to the library of manned flight. A great gift for aviation lovers, engineers, and historians.

Free Community Movie Night Every Friday Under the Stars