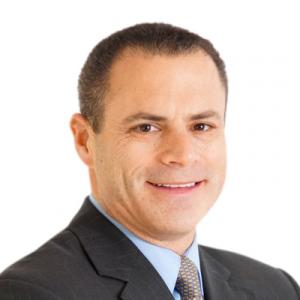 At Governor’s behest, state has begun arresting illegal immigrants on charges of trespassing or criminal mischief. by Nadia El-Yaouti

Immigrants facing criminal charges in state court are still guaranteed the right to due process and other constitutional rights of the criminally accused.”
— Scott Messinger, Queens, NY Immigration Attorney

QUEENS, NEW YORK, UNITED STATES, July 30, 2021 /EINPresswire.com/ — Texas’ efforts on border security have ramped up as the state has begun arresting migrants for trespassing if they cross the border. This move is part of Gov. Abbott’s latest border control efforts under what has been dubbed Operation Lone Star.

As part of the initiative, Abbott announced that the surge in migrant crossings was enough to set forth a disaster declaration. As part of this declaration, roughly 1,000 Texas Department of Public Safety Officers were sent to the border. They account for roughly a quarter of the state’s police force. His declaration of disaster is an unusual one as such declarations are typically reserved for natural disasters including hurricanes and wildfires.

At a news conference held last month, Abbott explained of the border situation, “Our fellow Texans and our fellow Americans are being threatened every day.” He adds, “I’m talking to people in this region. Their lives and their properties and their families are being overrun.” Abbott’s calls to action echo Former President Trump’s stance at what he called a “border crisis.” Trump was also in attendance at the conference.

Following the surge of migrants at the border which has not let up as it normally would during the sweltering summer months, migrants have been facing criminal charges for illegally entering the country. This unconventional move to arrest migrants has drawn mixed reactions from both the community and county leaders.

Despite the governor calling the situation at the border cause for a disaster declaration, Democratic county judge of the Rio Grande Valley’s Hidalgo County, Richard Cortez, disagreed. Cortez explained, “We concluded we could not in good faith tell the people of our counties there is an emergency when there’s not an emergency.” Other officials in the Rio Grande Valley also pushed back and announced that they did not plan to participate in the disaster order.

Arrests of migrants began last week in Del Rio, a smaller-sized town that sits in the middle of the Texas – Mexico border. According to the Associated Press, sources have indicated that the empty Briscoe Unit, a state prison in Dilley, Texas, has been converted and will be used to house the migrants. The facility is reported to be able to house roughly 950 inmates.

According to Val Verde County Attorney David Martinez, migrants who are being arrested are single males. Martinez shared with reporters, “If John Doe is caught on my property and he has his wife and his children with him, chances are he’s not going to be arrested. That’s what’s been represented to me.”

The Val Verde County sheriff’s office shared that detainees will be taken to Briscoe where they will face trespassing and/or criminal mischief charges. Both charges bring with them anywhere between six months to up to a year in jail.

Immigration attorney Scott Messinger of Gladstein & Messinger P.C., explains that immigrants facing criminal charges in state court are still guaranteed the right to due process and other constitutional rights of the criminally accused, such as the right to counsel, the right to a speedy trial, etc. “Federal immigration proceedings,” on the other hand, “are not criminal proceedings and do not guarantee the same rights,” says Messinger. For instance, he points out that there is no right to counsel in immigration court. According to Messinger, immigrants detained by the state on trespassing charges arguably have more rights in state criminal proceedings than they would have if detained by federal immigration officials.

Last Monday, Texas Attorney General Ken Paxton shared with Fox News that Texas has been “forced into” apprehending migrants who illegally enter the country. Paxton also criticized the Biden administration that the federal government had “no interest in doing the job.”

Abbot emphasized his commitment to securing the border by sharing the following statement, “Texas supports legal immigration but will not be an accomplice to the open border policies that cause, rather than prevent, a humanitarian crisis in our state and endanger the lives of Texans.”

Del Rio has seen the second-largest number of detainees at the border with over 150 apprehended this fiscal year alone. The Rio Grande Valley continues to be the state’s largest apprehension zone of illegal migrants; however, they do not plan to join in on the arrest efforts.

Critics of Abbott’s move to arrest migrants have fired back calling the move a criminalization of immigration. If arrested migrants are convicted of the crime charged, they would have a trespassing or criminal mischief conviction on their record. Attorney Messinger explains that “if the conviction is for a crime that is considered a “crime involving moral turpitude” under the immigration law, it could make an immigrant inadmissible and prevent the issuance of a visa or require them to get a hardship waiver before a visa can be issued.”

Once they are released from jail after having served their sentence, they are expected to be handed over to ICE, which would likely move to deport them. At that point, according to Messinger, immigrants who had fled their home country due to persecution or fear of persecution could claim fear of returning to their country of origin and seek asylum in the United States. After a year in asylum status, individuals can apply for a Green Card and permanent residence and eventually apply for U.S. citizenship. For some, at least, Texas’ border crackdown might not be all that it is cracked up to be.