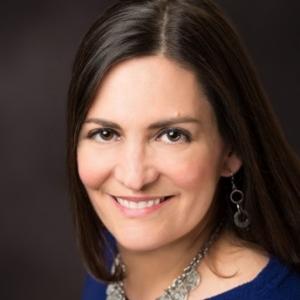 Through her work, Terry McDougall helps managers tap into their full potential while maximizing the overlap between success and personal happiness.

Naturally talented people do not always have a lot of self-awareness when they do what they do. Therefore, they cannot teach it. There is a huge gap between what they do with their gift & teaching it.”
— Terry McDougall

CHICAGO , ILLINOIS, UNITED STATES , July 20, 2021 /EINPresswire.com/ — Terry McDougall is an executive leadership coach/consultant and best-selling author of Winning the Game of Work: Career Happiness and Success on Your Own Terms. She helps individuals and organizations tap into their full potential while maximizing the overlap between professional success and personal happiness.

After working in the marketing world for over 30-years, mainly in financial services, McDougall made a big decision in 2017 when she became a professional coach.

“One of the things I enjoyed as a market leader was mentoring and coaching staff. It was a win-win situation because when my staff was successful, I was also successful. So today, I tap into the 30-years of experience that I had in the corporate world and use that to benefit others who will, in turn, benefit their organizations,” said McDougall while speaking on the Billionaires in Boxers Podcast with Phil Pelucha.

One of the biggest problems that Terry McDougall notices in her profession is people not managing their time correctly. So she aims to get clients to understand what they are dealing with while making the most out of their time for work purposes.

“Professionals need to make an impact. It’s about making the biggest return on investment for their time and experience. I encourage people to find a leverage point. Are you tapping into the full potential of the resources that are entrusted to you? I often see a blind spot for people that are recently promoted. They were good as an individual, but often do not mentally promote them. They try to do the same thing that they did before, and if someone is doing something improperly, they will step in and do it. They are compounding their problems. As you rise to a leader, you have to impact and maximize investment return on your entrusted resources. It is not to do all the work,” said McDougall.

One common fact of life is those good performers do not always make good mentors and leaders. You see this in fields ranging from soccer to business. While there are exceptions to this rule, McDougall has noticed this scenario a lot in her work.

“Naturally talented people do not always have a lot of self-awareness when they do what they do. Therefore, they cannot teach it. There is a huge gap between what they just do with their gift and teaching it. The mid-lane athlete often becomes the best coach because they look around and see what makes other people successful. They had to be aware of what they had to do to succeed in the big leagues, and so they find it easier to tell others how to bridge the gap between being average to becoming a superstar,” said McDougall.

Another common scenario in the business world is companies believing they should promote fast-learning or talented staff to management positions. But, unfortunately, they don’t realize that they may still lack the necessary experience and management skills to succeed in the roles.

“Most businesses don’t teach people how to manage. Many managers think that they can solve a problem by doing it themselves. I point out that if you delegate this and it takes a person twice as long as it takes you, you lose nothing. Instead, you will be focusing your time working on things that only you can do. There is an opportunity cost to not delegating. When you allow someone to learn, they will gain confidence, and you will get people who will exceed your expectations,” said McDougall.