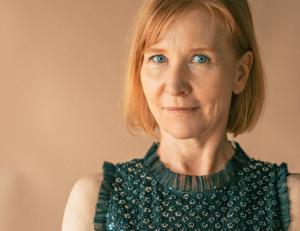 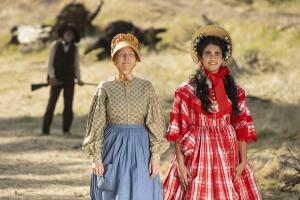 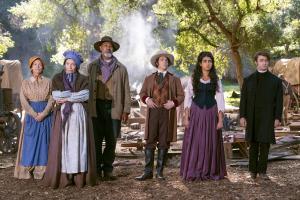 Hitting the Trail as ‘Martha’ alongside Daniel Radcliffe and Steve Buscemi; Premieres on July 13, 2021

Set in the 1840s, MIRACLE WORKERS: OREGON TRAIL follows an idealistic small-town preacher (Radcliffe) who teams up with a wanted outlaw (Buscemi) to lead a wagon train west on the Oregon Trail, in a comedic adventure across an American landscape which — like today — is fraught with both peril and promise.

Martha (Dahlstrom) is a strong, wholesome and likable farmer, who is dismayed to learn that their crop is even worse than last years — which was meager, to say the least. She’s all in to join the journey on the Oregon Trail with her family, but she may not yet realize the adventures, or misadventures that lie in store.

Dahlstrom was excited to join this show, adding “Where else could I wear a bonnet all day, sit by a campfire under the stars all night, and worry that I might die of dysentery, starvation or a disgruntled bandit at any moment. Seriously, Dan Mirk and Robert Padnick are genius with what they’ve pulled off this season. Not to mention, this was the kindest group I’ve ever worked with, starting at the top with Daniel Radcliffe and Steve Buscemi. Don’t tell anyone, but they’re really nice guys who just happen to be incredibly talented.”