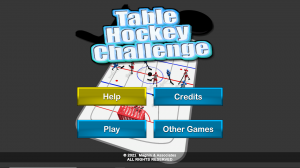 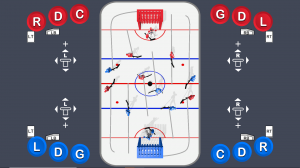 An electronic version of the classic table and arcade ice hockey game.

An electronic version of the classic table and arcade ice hockey game, with controls at the bottom of screen that allow you to move your players forward / backward, and pivot to pass, shoot or even steal the puck from an opposing player.

Contains Help pages, a Tutorial, and a 5 player Practice mode.

Optionally shares your accomplishments via email, or text messaging (iOS, Android, and PC).

The iOS version is a Universal App which means it supports iPhone, iPod Touch, and iPad, including standard, Retina, and iPhone X displays. The Android version runs on most popular Android phones and tablets. The Windows version runs on Windows 10 PC with mouse, keyboard, or up to two Xbox controllers. It also runs on the Xbox with up to two controllers.

According to Ed Magnin, “I always enjoyed playing with these kind of hockey table games. We wanted to share the excitement with a new generation of players.”