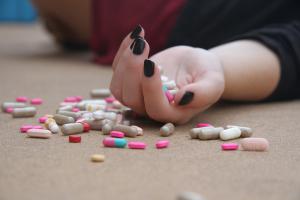 According to the Centers for Disease Control and Prevention (CDC), suicide rates swelled by 33% between 1999 and 2019. 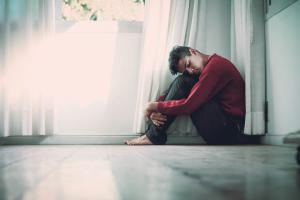 If proof is needed that suicide prevention programs and risk assessments do not work all you need to do is look at the increasing number of people taking their lives despite ever increasing mental health programs. 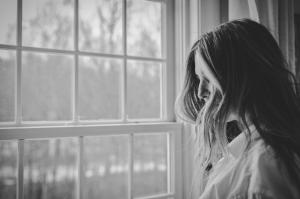 Each year an average of 44,965 people commit suicide in the United States making it the 10th leading cause of death for Americans. 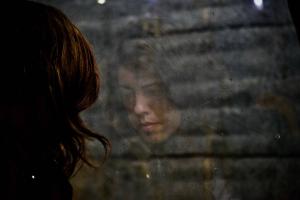 Nearly two-thirds of the newspaper stories linking the holidays and suicide over the 2016-17 holiday season supported a false connection between the two, the Annenberg Public Policy Center has found. 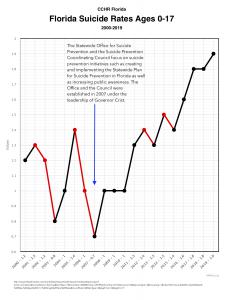 “If suicide prevention programs and risk assessments are the answer then why is the rate of children killing themselves skyrocketing?” asks Diane Stein, President of CCHR Florida.

Despite the millions spent on its prevention, suicide remains one of the leading causes of death. Between 1999 and 2019, suicide rates increased by 33%.

Pouring money into a broken system and creating more unworkable programs to screen people and drive more business into an industry which admits they have no cure is not the answer.”
— Diane Stein, President CCHR Florida

CLEARWATER, FLORIDA, UNITED STATES, March 15, 2021 /EINPresswire.com/ — According to the Centers for Disease Control and Prevention (CDC), suicide rates swelled by 33% between 1999 and 2019 and suicide is the tenth leading cause of death in the U.S. To put it another way, this equates to a death by suicide every 11 minutes. Additionally, twelve million Americans thought or attempted suicide with l.4 million actual attempts. [1] Aside from the pain and suffering to families, there is an actual economic cost to society, and it is astounding. The average cost of one suicide is $1,329,553. [2] This despite the billions which are poured into mental health every year.

The Citizens Commission on Human Rights (CCHR), a mental health watchdog organization that works to enact consumer protections, believes that the continual increase of suicide rates demonstrate that current strategies do not work and this belief is shared by experts.

In addition to the emotional toll on families and friends of suicide, there are actual hardcore economic costs that affect the community at large. These costs include medical and lost income as well as lost productivity. Suicide literally erases a productive individual from society. As stated earlier, the average cost of a single suicide is $1,329,553. Greater than 97 percent of that was from lost production and 3 percent were medical treatment costs. Unbelievably, total cost of suicides and suicide attempts was an astonishing $93.5 billion.

The Suicide Prevention Resource Center promotes that, “the costs of suicidal behaviors—and the savings that can result from preventing these behaviors—can help convince policymakers and other stakeholders that suicide prevention is an investment that will save dollars as well as lives.” [2]

However, what is being done to prevent suicide is not working and the amount spent each year is staggering. According to a recent analysis, “mental health spending rose to $225 billion in 2019—an increase of 52% in the past decade.” [3]

This is on top of new information released by researchers disclosing the fact suicide risk assessments do not work. Psychiatrists Declan Murray and Patrick Devitt revealed in Scientific American that a study of 40 years of suicide risk assessment research determined that there is “no statistical method to identify patients at a high-risk of suicide in a way that would improve treatment.” [5]

Current Methodologies Do Not Work

As reported in Psychology Today, “around 13% of Americans take antidepressants” and antidepressant usage has increased from 5 million users in 2000 to 15.5 million in 2018. [6] This increase has occurred despite the fact that side-effects from the prescribed drugs that are handed out to address depression in fact induce suicidal thoughts and feelings. [7]

With all this expertise and available technologies, predicting and determining who is prone to injure themselves is unknown.

“Suicidal thoughts and behaviors are among the most common, deadly and potentially preventable public health problems. Despite major advances in medical and psychological science, the devastating impact of this problem has remained constant for at least several decades,” said Joseph Franklin, PhD, of Harvard University.[8]

Yet nothing has been done in this regard.

As reported in Scientific American, “A disappointing, and perhaps the most telling, finding was that there has been no improvement in the accuracy of suicide risk assessment over the last 40 years.” [9]

And the statistics show an ever-increasing incident of suicide or attempted suicide. Over the past two decades, suicide rates have increased in every state with the exception of Nevada per the CDC. [10]

“Pouring money into a broken system and creating more unworkable programs to screen people and drive more business into an extremely profitable industry which admits they have no cure is not the answer,” states Diane Stein, president of the Florida chapter of CCHR.

CCHR is encouraging officials to look at the information that has been released on the workability of suicide assessment, suicide prevention programs and on the billions spent annually and to demand formal investigations into the abject failure to address this problem.

About CCHR: Initially established by the Church of Scientology and renowned psychiatrist Dr. Thomas Szasz in 1969, CCHR’s mission is to eradicate abuses committed under the guise of mental health and enact patient and consumer protections. L. Ron Hubbard, founder of Scientology, first brought psychiatric imprisonment to wide public notice: “Thousands and thousands are seized without process of law, every week, over the ‘free world’ tortured, castrated, killed. All in the name of ‘mental health,’” he wrote in March 1969. For more information on suicide, suicide prevention and psychiatric drug side effects please visit www.cchrflorida.org

Sources:
[1] Suicide is a leading cause of death.
https://www.cdc.gov/suicide/facts/index.html
[2] Costs of Suicide
https://www.sprc.org/about-suicide/costs
[3] Mental Health Spending Now & After The Pandemic https://openminds.com/market-intelligence/executive-briefings/mental-health-spending-now-after-the-pandemic/#:~:text=Mental%20health%20spending%20rose%20to,OPEN%20MINDS%20Market%20Intelligence%20Report)
[4] Psychiatric Medicines Are Overprescribed and Should Not Be the First Choice https://healthmasters.com/psychiatric-medicines-are-overprescribed-and-should-not-be-first-choice
[5] Suicide Risk Assessment Doesn’t Work
https://www.scientificamerican.com/article/suicide-risk-assessment-doesnt-work/#:~:text=A%20disappointing%2C%20and%20perhaps%20the,way%20that%20would%20improve%20treatment
[6] An Epidemic of Antidepressants https://www.psychologytoday.com/us/blog/out-the-darkness/202003/epidemic-antidepressants
[7] Suicidality as a Possible Side Effect of Antidepressant Treatment
https://www.ncbi.nlm.nih.gov/pmc/articles/PMC427603/
[8] After Decades of Research, Science Is No Better Able to Predict Suicidal Behaviors https://www.apa.org/news/press/releases/2016/11/suicidal-behaviors
[9] Suicide Risk Assessment Doesn’t Work
https://www.scientificamerican.com/article/suicide-risk-assessment-doesnt-work/#:~:text=A%20disappointing%2C%20and%20perhaps%20the,way%20that%20would%20improve%20treatment
[10] Every 28 seconds, someone attempts suicide.
https://speakup.us/helpandresources/facts-and-statistics/