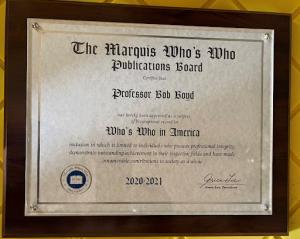 USA & UK, September 20, 2021 /EINPresswire.com/ — Successful Marketing Solutions (SMS) is a prominent marketing company which- according to its alleged founder Professor Bob Boyd, was founded back in November of 2003.

The company has announced that it is officially partnering up with OnPassive, an e-commerce multinational firm that provides its customers with a variety of products and services (including ones that relate to: collaborations, email services, and much more).

The partnership was made so as to allow both companies to further enhance the ways in which they can facilitate their clients’ day-to-day business operations, enabling them to utilize a plethora of leading AI-powered business tools which can significantly help them ‘’cement’’ their position in their respective industries.

OnPassive’s field prominence and wide range of utilities will allegedly play a pivotal role during the partnership’s transitional period; this is because they will be able to provide their clients and respective affiliate partners with a unique online platform that will aim to take advantage of the concept of ‘’traffic interception’’- whereby one business’s popularity attracts clients for another’s via shared association.

Any clients that do not have access to their own website will also be granted a ‘’plug-n-play’’ feature which- according to Dr. Bob Boyd, significantly proliferates businesses’ online presence.

SMS consequently aims to tackle the exorbitantly high ‘’failure rate’’ of new businesses within the United States. According to the U.S Bureau of Statistics, this is roughly 49% after a five year period.

The companies are hoping that their new ‘’OnPassive Model’’ will replace the standardised and conventional Internet Marketing Model that businesses around the world rely on on a regular basis.

The proposed benefits of this model include: a) basing the model on a philosophy of mutual benefit- rather than on one of competition and severe conflict, b) involving only real business owners, real products and services, and real people- in comparison to our current market which has an extremely high amount of ‘’scams’’ in this sphere of practice, and c) ensuring that all marketing agents involved neither have to sell to nor recruit any individuals; this is supposedly meant to ensure that all business is conducted in a more comprehensively transparent manner.

OnPassive has additionally initiated a new Founder program which is meant to attract early investors who want to engage ‘’first-hand’’ with the project’s development.

Such ‘’founders’’- who are required to pay USD $97 in order to join, will (according to OnPassive’s founder) gain a prolific number of benefits. These include: early access to all of the market information that is available to the company, exclusive access to the Go Founder Website, and Priority Positioning.
Founders will also be required to pay an additional USD $250 in order to retain their founder status when the company goes public (and no more founders are accepted) according to OnPassive’s website.

Bob Boyd has been allegedly included in Marquis Who’s Who 2021 list- one of the most prominent and noteworthy ‘libraries’ of personal bibliographies in the entire world.

Individuals are accepted within biographical volumes as a result of: a) achieving noteworthy accomplishments in their chosen field, and b) having amassed a significant following or visibility in a global context.

Dr. Boyd initially decided to pursue a career as an academic after his departure from the U.S Armed Forces. Initially, he joined a local community college (which allowed him to recognise his own prolific academic potential) and then moved on to enroll in Golden Gate University- graduating with a Bachelor’s Degree in Management in 1974.

Professor Boyd then moved on to earn a Master’s Degree in Public Administration from Pepperdine University in 1976, before eventually deciding to pursue his Doctor of Philosophy degree in Business Administration from the Alliance International University- which he earned in 1989. From 1979 to 2003, Dr. Boyd worked as a Professor of Business and Economics at Compton Community College.

Aside from his academic-related experience, Dr. Boyd is allegedly an extremely successful entrepreneur and investor; he has founded and managed numerous transnational companies- including Successful Marketing Solutions.

For More Information On Successful Marketing Solutions’ and OnPassive’s New Partnership, check out the YouTube video below:
https://www.youtube.com/channel/UCyb08685mJJdQafLvLAvLjA