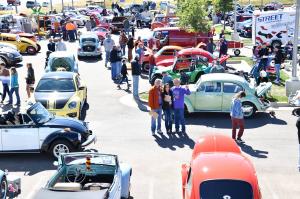 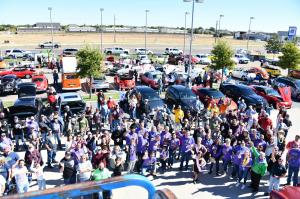 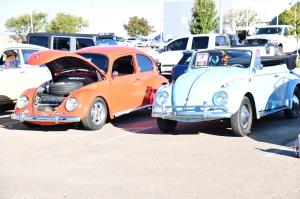 Street Volkswagen of Amarillo awarded over 20 awards at the Volkswagen Car Show.

This car show is for our customers and friends who continue to support us through the years, it’s a lot of fun and everyone has a great time celebrating everything about Volkswagen.”
— John Luciano, GM/Owner

AMARILLO, TEXAS, USA, October 19, 2021 /EINPresswire.com/ — Street Volkswagen of Amarillo celebrated its 8th (almost) annual car show on Saturday, October 16, 2021. The event titled, “Calling All Slug Bugs” attracted over 75 Volkswagen models this year and hundreds of attendees. This year’s theme, “Dia De Los Vochitos,” or in English, “Day of the Beetles” was a reminder to everyone that the car show was back and bigger than ever.

“We wanted to bring our iconic and classic Volkswagen car show back to life,” John Luciano, Owner & General Manager at Street Volkswagen of Amarillo said. “We were saddened with our decision last year to postpone our event, but we knew that our turnout this year would be the same or better than ever.”

The Volkswagen Car Show officially kicked off with “Caffeine & Cars” at 8am on Saturday, a smaller get together of muscle cars from a local car club. Although, “Calling All Slug Bugs,” attracts only Volkswagen cars, this year anyone with a car was able to show off their vehicle in a separate area.

“We plan to increase our show next year and have two separate shows at the same time,” Luciano said. “We want our headliner to be the Volkswagen Car Show but also allow other makes to participate in a separate competition because so many people love to show their hard work.”

This year taking top prize, “Best of Show” was John Hanley for his 1971 Volkswagen Karmann Ghia Convertible. “People’s Choice” was awarded to Zack Fagan, owner of a 1973 Volkswagen Beetle. Overall Street Volkswagen of Amarillo awarded 22 awards ranging from “Best Camper/Van” to “Farthest Traveled” and many more.

“This car show is for our customers and friends who continue to support us through the years,” Luciano said. “It’s a lot of fun and everyone has a great time celebrating everything about Volkswagen.”

For more information about Street Volkswagen of Amarillo, visit the dealership at 5000 South Soncy in Amarillo, Texas. To chat with a live representative, visit www.streetvw.com or call 806-350-8999 to speak with someone directly.

Street Volkswagen of Amarillo opened in Amarillo, Texas in 2013 and has since been a valuable corporate citizen in the Texas Panhandle. They provide support to area nonprofit organizations such as Family Support Services, Young Life, United Way, the High Plains Food Bank, the Amarillo Chamber of Commerce, West Texas A&M University and many other organizations.