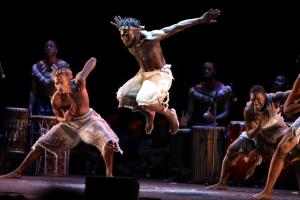 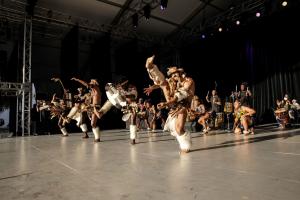 Celebrated as Washington, DC’s official Cultural Ambassador, Step Afrika! will open the USA Pavillion at the World Expo in Dubai on October 1, 2021.

This will be our first performance in Dubai, so I am especially excited to represent Washington, DC and the United States at what may be the most unique World Expo in a generation.”
— C. Brian Williams, Step Afrika!

After a successful virtual pivot that included feature-length dance films, short performance videos, and re-mastered footage of staged work garnering more than 200,000 views, Step Afrika! returns to the stage. Celebrated as Washington, DC’s official Cultural Ambassador, Step Afrika! has been selected to open the USA Pavillion at the World Expo in Dubai on October 1, 2021. Held every five years, World Expos have the incredible distinction of creating large-scale platforms for education, progress, and culture that serve as a bridge between governments, companies, international organizations, and citizens. “Step Afrika! has toured throughout the Middle East including Oman, Bahrain and Jordan. This trip, however, will be our first performance in Dubai, so I am especially excited to represent Washington, DC and the United States at what may be the most unique World Expo in a generation” said C. Brian Williams, Founder and Executive Producer, Step Afrika!

Step Afrika!’s weeklong series of performances and outreach activities will also include a three-day performance tour that includes Abu Dhabi and Sharjah. “The U.S. Mission to the UAE is proud to partner with Step Afrika! to showcase one of America’s top ten African American dance companies to Emirati audiences. As the first professional dance company dedicated to the tradition of stepping, Step Afrika! infuses its performances with agility and pure energy. This troupe is as exciting as it is relevant—a true Cultural Ambassador of the U.S. We are thrilled about the upcoming shows, which we are supporting in partnership with the Abu Dhabi Department of Culture and Tourism and the Sharjah Performing Arts Academy. I can’t wait for the excitement that these talented performers will bring to the UAE,” said Jay Treloar, Acting Counselor for Public Affairs at the U.S. Embassy to the United Arab Emirates.

Following the Company’s historic tour of UAE, Step Afrika! will premiere, The Movement as part of its inaugural appearance at the iconic Fall For Dance Festival in New York City. Inspired by the Black Lives Matter Movement, Step Afrika! performer and Assistant Artistic Director, Conrad Kelly, II created the work to highlight stepping and the power of dance as a means of honoring the resistance, resilience, and reclamation of those who anchor the preservation and expansion of freedom in America.

Founded in 1994, Step Afrika! is the first professional dance company to promote the African American tradition of stepping through innovative and inclusive performances, arts education programs and community outreach. Dedicated to the tradition of stepping—a polyrhythmic, percussive dance form that uses the body as an instrument—Step Afrika! promotes the contemporary dance form through critically-acclaimed performances and arts education programs. Step Afrika!’s mission is to preserve, expand, and promote an appreciation for stepping through professional performances and to inspire young people through arts education programs that emphasize teamwork, commitment, and discipline.
Step Afrika! is one of the top 10 U.S. African American dance companies. The Company reaches thousands each year through a 50-city tour of American colleges and theaters and performs globally as an official U.S. Cultural Ambassador. New work, such as The Migration: Reflections on Jacob Lawrence and Drumfolk, tour to major U.S. cities. Step Afrika! is featured at the Smithsonian’s National Museum of African American History & Culture with the world’s first interactive stepping exhibit.