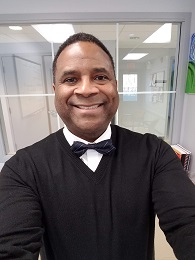 ENFIELD, CONNECTICUT, UNITED STATES, July 1, 2021 /EINPresswire.com/ — Damian Humphrey of Enfield Connecticut knows a thing or two about education. He’s been involved with the subject for years, helping science, technology, engineering and math, or STEM students, achieving breakthroughs as well as realizing success in their studies and fields. However, when COVID arrived, everything changed dramatically. Suddenly, Damian Humphrey’s world and the same for everyone else was turned upside down with social distancing, the requirement to meet and communicate primarily through technology and digital channels became the new norm.

Lots of Changes in the Works

Now, as vaccination spreads and the threat of COVID begins to die down, Damian Humphrey expects the world to return a bit back to what seems familiar again. However, distance learning and digital education aren’t going to disappear. First, schools and colleges realized they could reach a lot more in terms of students and those who want to learn. Second, a wider array of topics and material was adapted to teaching online, including topics that traditionally were only taught in person. Third, Damian Humphrey sees the STEM field growing in demand exponentially. All of these dynamics have occurred because the social paradigm most accepted in education has been all shook up and won’t be going back any time soon.

A year and a half has been a long time to deal with a new normal. Damian Humphrey notes that a whole generation of students have now adapted to learning through digital tools and online meetings. They now expect it as well as the equity that is far greater with digital platforms than in-person teaching. That has created a shift in students’ performance, Damian Humphrey notes, and allowed students who otherwise did not network well leap forward far more based on skills versus how they converse.

For STEM students, Damian Humphrey sees the increased leaning on technology as a huge opportunity for STEM students to show their stuff. The world has realized how much more it can produce with the digital environment fully adopted, so folks who know how to apply STEM will be in high demand, far more than other areas. All of these technology areas, Damian Humphey notes, aren’t going to go away anytime soon either. COVID has done a lot of damage, but the pandemic has also changed educational pathways for people. Damian Humphrey sees new directions for folks in every industry, and they all have the commonality of needing STEM know-how, something Damian Humphrey has been familiar with for a long time.