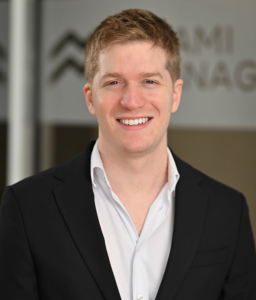 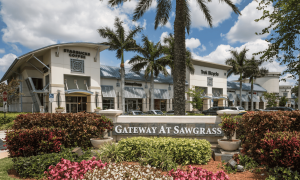 Gateway at Sawgrass, one of Miami Manager’s properties in South Florida

The high demand for space in community shopping centers truly shows how quickly the retail market has recovered in South Florida.”
— Milton Mekler

FORT LAUDERDALE , FLORIDA, US, May 14, 2021 /EINPresswire.com/ — In a sign the South Florida retail market is bouncing back faster than expected from the dark days of the pandemic, Miami Manager has signed seven new leases in the first quarter of 2021. The new tenants are quickly filling up spaces in Miami Manager’s community shopping centers in Doral, Coconut Creek, Plantation, Sunrise and West Palm Beach. The new leases total a space absorption of 17,507 square feet. The tenants are small to midsize businesses either entering new neighborhoods or expanding their current footprint.

The surge of retail leases in South Florida speaks to the market’s speedy recovery since retail stores were forced to shut down nearly a year ago, bringing lease deals to a halt.

“We are excited to welcome so many new tenants to our properties,” said Miami Manager COO Milton Mekler, who oversees leasing. “The high demand for space in community shopping centers truly shows how quickly the retail market has recovered in South Florida. By now, most of the space that became available during the pandemic has been absorbed. We are working closely with our prospective tenants to come up with deals that make economic sense to them and to us. We have been able to meet in the middle to create win-win situations given the fact some retailers are still nervous about the pandemic.”

Some of the new tenants include Locos X Grill, which has leased 4,240 square feet at our Shoppes at MICC at 7780 NW 25 Street. The new restaurant offers one-of-a-kind Chinese Venezuelan fusion and wood-fired BBQ.

Tennis Plaza, the No. 1 tennis retail store company in the U.S., has leased 1,533 square feet in Gateway at Sawgrass at 129 NW 136 Avenue. Tennis Plaza offers a world-class selection of tennis equipment, apparel and more for players of all ages and levels. Saphira Privé, which offers the most advanced and comprehensive unisex aesthetic and beauty treatments with state-of-the-art electro-aesthetic devices, has signed a lease for 1,003 square feet also at Gateway at Sawgrass. Embarcadero 41, with a cuisine based on the evolution of Peruvian gastronomy, has expanded its current location at Gateway at Sawgrass to include an additional 976 square feet. Embarcadero, which opened during the worst months of the pandemic, is expanding to occupy a total of 2,216 square feet.

Miami Manager saw more activity in its community shopping centers in Broward County, where most of its properties are located. Broward has shown significant signs of improvement compared with 2020, when the pandemic forced retailers to shut down to curtail the spread of the virus. Case in point: the overall retail vacancy rate in Broward decreased 20-basis points from the fourth quarter, standing at 5.4 percent at the end of the first quarter, according to Colliers International. Meanwhile, the direct asking lease rate increased 3.7 percent quarter-over-quarter reaching $22.71 per square foot. Net absorption also increased quarter-over-quarter, from negative 118,916 square feet in the fourth quarter to positive 193,693 square feet in the first quarter.

The Palm Beach County retail market had a vacancy rate of 5.2 percent at the end of the first quarter, representing no change quarter-over-quarter, Colliers International reported. Meanwhile, the direct asking lease rate increased 4.4 percent, the most in South Florida, ending the first quarter at $24.51 per square foot. Net absorption posted a positive 50,337 square feet in the first quarter with leasing activity reaching 475,887 square feet, both values surpassing the previous quarter’s. While there were limited new deliveries in Q1 2021, 604,511 square feet remain under construction. Retail demand is expected to increase in the coming year due to increased in-migration of companies and residents and strengthening market fundamentals.

Immunochemistry Diagnostic Devices And Equipment Market Trends, Strategies, And Opportunities In The Market 2021-2030

Sanipro Partners The future of on-site chemical generation and how it will change the industry. BOCA RATON, FLORIDA, UNITED STATES, June 8, 2021 /EINPresswire.com/ — […]