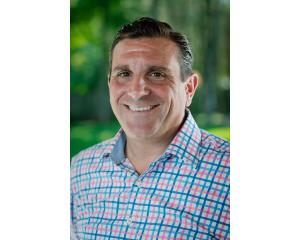 We’re bullish on this segment and we’re planning an expansion into south Asia and anticipating other acquisitions around the world”
— Bill Alena, Chief Investment Officer, Dating Group

NEW YORK, NEW YORK, UNITED STATES, May 26, 2021 /EINPresswire.com/ — If you had a crystal ball 15 or so years ago, maybe you would have predicted that Facebook was on its way to becoming a social behemoth. And maybe you would have invested in Zoom and other virtual technologies that connect people during times when physical distance is considered a matter of life and death.

Without a crystal ball showing predictive visions of the future, our next best sources of information that enables us to make real, informed, intelligent and bold predictions are data. And luckily, there is no shortage of data right now.

The use of social platforms was already trending upward and then multiplied significantly during the pandemic, illustrating our need for human connection. As the world shut down in March 2020, users continued to rely on the social discovery available online. Users turned increasingly to gaming spaces such as Twitch, photo- sharing apps such as Instagram, video shorts on TikTok, and dating platforms like Dating.com. Even Facebook launched its own dating platform, as though there weren’t enough people on Facebook all day. On these platforms, people found entertainment, community, social connection, and even purpose.

The increased use of these platforms has created an influx of data that offer a glimpse into the minds, behaviors, and motivators of users seeking connections, interactions, friendships and even an escape from reality. This new and improved world of social discovery is founded in its corresponding data, but the vision continues to be transformed by the aspirational behaviors of individuals, and the impact of the events going on in the world around us.

While social data is plentiful and growing, there is a shortage of those who understand how to find the right data, mine it, and extrapolate actionable, beneficial insights. But with access to data through extensive social discovery methods, effective data mining demonstrates how evaluating unrestricted human behaviors can be wildly valuable for companies. And even more so, it’s valuable for fostering valuable human connections through methods that users actually want and seek.

More specifically, the future of the online dating and social discovery segment continues to transform. It is headed toward a safer, more effective space that is targeting how people want to engage with each other and how they can fulfill basic human needs. I asked Bill Alena, the chief investment officer at Dating Group how he sees this segment trending.

“We bought DilMil, a connection site for Indian immigrants in the U.S., just before the pandemic hit. And it grew more than 50 percent this year after we made some adjustments,” said Alena. “We’re bullish on this segment—providing tailored experiences to endemic audiences for connecting, dating, music and other entertainment, and we’re planning an expansion into south Asia and anticipating other acquisitions around the world.”

Rather than looking into that crystal ball, the data we are mining today tells us that segmented platforms that hone in on characteristics that create a common thread are more likely to engage users and thrive than generalized social spaces. And platforms leveraging technologies such as anonymous (and safe) messaging and informal video conversations create connections on an entirely other, fuller level. Put simply, they work better, and for more people.

This is how social discovery and data are changing the way we socialize, connect, and ultimately, understand one another. They are helping us fulfill the basic human needs that were threatened when our normal communication methods were halted. Your teenage kid probably spent more time with his or friends on TikTok or playing Fortnight in the past year than he or she did on the phone or, certainly, in person. That’s not going to change so much. There’s no going back, even after the world opens back up.