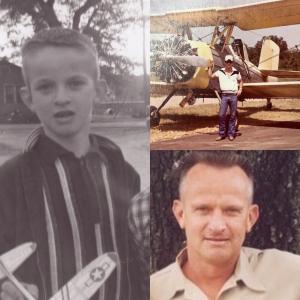 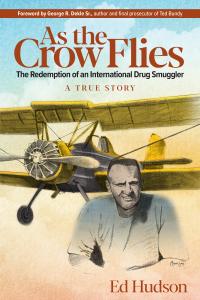 “As The Crow Flies; The Redemption of an International Drug Smuggler” by Ed Hudson

I’ve described myself as a proud and open atheist, but it is impossible not to make a link between Freddie’s redemption and punishment tale. It is a fantastic story.”
— Andrew Gold, BBC and HBO Journalist

AUSTIN, TEXAS, USA, July 22, 2021 /EINPresswire.com/ — “As a law enforcement officer, Ed Hudson helped capture one of the most daring drug smuggling pilots of all time. How he went from pursuer to friend to spiritual mentor of that very same man is told in the incredible book, “AS THE CROW FLIES.” It’s a beautiful story. I hope it becomes a movie.” – Mike Huckabee (Former Governor of Arkansas and current host of TBN’s show, HUCKABEE)

“I first became aware of Freddie Crow when Freddie and my brother got arrested for conspiracy to smuggle drugs. This arrest represented the nadir of their years-long careers as drug smugglers, careers in which they had reaped fabulous wealth, increasingly long prison sentences, and anguish for those who loved them. Both Freddie and my brother came from similar backgrounds, and both faced similar choices at the beginning of their smuggling careers. Both took the path of lawlessness for much of the same reasons, and the paths they chose eventually came to another milestone where they were presented with another choice. In an effort to win that inner contest between good and evil, Freddie chose what he considered the lesser evil of betraying his friends in order to pursue the greater good of putting his life back together and atoning for the pain he had caused his loved ones.
I can’t wait to see “AS THE CROW FLIES” on the big screen. While it will have elements of excitement, danger, comedy and romance, the greatest message it will bring is one of redemption.”
– George R. Dekle, Sr. (Final Prosecutor of Ted Bundy)

“ The interesting life story in the book, “As The Crow Flies; The Redemption of an International Drug Smuggler,” tells of the way Freddie Crow’s life changed forever. It is filled with excitement, thrills, tragedies, daring adventures, sorrow and relief.”
-Victor Castillo Sr. (Founder and Marketing Director -Belize Live News)

“AS THE CROW FLIES” paints such a great visual that it’s a no brainier to think it would do well on the big screen.”
– Margy Holland, (Producer/Editor of United Stations Radio Networks)

“I’m not a religious person. In fact, I’ve described myself as a proud and open atheist, but it is impossible not to make a link between Freddie’s redemption and punishment tale. It is a fantastic story.”
– Andrew Gold (BBC and HBO Journalist)
Andrew Gold – “On The Edge with Andrew Gold” – ED HUDSON
https://youtu.be/nlTJ5r2-_I4