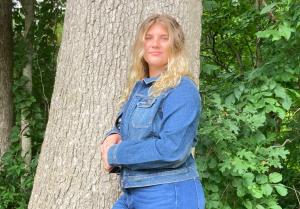 When I wrote Do or Die, it was 2020 and everything had just shut down. The song is about adapting to your situation and finding ways to get through it.”
— Sofia Nunzia

“When I wrote Do or Die, it was 2020 and everything had just shut down,” explained Nunzia. “The song is about adapting to your situation and finding ways to get through it.” Do or Die is a steel-guitar infused country-pop ballad, with lyrics that reflect hope during an unprecedented time of uncertainty. After performing it at a Berklee College of Music virtual open mic, she realized it resonated with other young people who were also struggling with social isolation and fear due to COVID-19 related closures. She decided to release the single at the beginning of the academic year, to offer a message of encouragement when students are again facing the unknown.

Several prominent musicians performed on the recording of Do or Die, including:
• Adam Ollendorff, a multi-instrumentalist, producer, and songwriter who has toured and recorded with major label artists including Kacey Musgraves and Carrie Underwood.
• Tim Lauer, a composer, producer, songwriter, and musician who has performed on hundreds of records for artists including Taylor Swift, Shawn Mendes, Luke Bryan, Martina McBride, and Dolly Parton.
• Fred Eltringham, 2018 Academy of Country Music (ACM) Drummer of the Year and longstanding drummer for Sheryl Crow.
• Adam Keafer, a bass player who has toured with Kacey Musgraves.
• Kristen Rogers, a seasoned background vocalist who recently toured with Hozier.

Visit this link to listen to Do or Die on multiple music platforms.

About Sofia Nunzia
Sofia Nunzia is a 14-year-old singer-songwriter who wrote her first complete song at eight years old. She lived in North Carolina for most of her life before relocating to New England. Unique among young songwriters, her music style can best be classified as “nostalgia country music”, with influences from 1990s country music and classic Motown. Click here to learn more about Sofia Nunzia, including links to social media accounts and live performance videos.