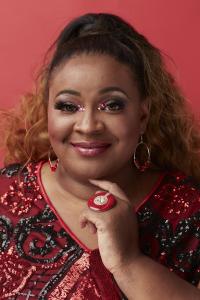 How a New Jersey Mom Became a Leader within Her Community

NEWARK, NJ, USA, June 2, 2021 /EINPresswire.com/ — Most 20-Something young mothers, seeking information and support for their non-verbal autistic son, wouldn’t take their concerns to social media. If mothers ever did so, they would likely be upset and posting simply about their frustration and desperation.

When Simone struggled to find what she needed to help her son through traditional government and private agencies placed her in a continuous loop of unreturned calls, she went on social media for help. Her plea did not go unheard.

“Four different women responded to me from an online group page,” says Simone. Among these women was one who called a number that originally went unanswered for Simone. The next week, her son began therapy. Her fiery grandmother pushed her to not give up, which sparked a purpose and a passion in Simone as she found her voice. Simone turned her audacity into authority and began to build on her capacity to outreach. She began to build community partnerships with women who shared her frustration but did not have her voice.

Simone Gordon went to work, serving underserved, marginalized and underemployed women and their children and helping them get housing and helping them to go back to school and rebuild their lives. One woman, a woman by the name of Theresa, followed Simone’s lead and went live to plead for $1,000 for four hours so she would not be evicted. People tagged Simone on the post and she went into action, stopping the eviction and being dubbed “The Black Fairy Godmother” by the woman she helped. “That’s why during COVID-19, over $250,000 went directly to families which helped with rent, food and resources,” says Simone. “March 2020 changed my life forever. We’ve only got 12 volunteers but we did what we needed to do.”

Simone continued to reach out and one day declared that she needed 50 volunteers. Her efforts helped her to build a corporate relationship with InstaCart, the food delivery service, who wanted to know why she was ordering so much food to different addresses. Now InstaCart has forgiven any delivery fees for orders over $200.00 per family, which is most of their orders.

Simone has expanded her reach with many programs benefitting communities. Angel Food Assistance Fund helps families facing food insecurity. The Domestic Violence Fund helps to safely place families who are fleeing unsafe environments. Simone herself returned home to New Jersey after leaving domestic violence abuse. She reminds those that domestic violence can be physical, emotional and even financial. The Adopt-A-Family Program allows partners to either share with outreach in a fundraiser on social media or in their own personal social and professional circles. The Emergency Assistance Fund is for the sole purpose of helping families with immediate needs for transportation, utility bills, urgent medical care, and other critical situations. The Birthday Fundraiser uses a birthday celebration to make a difference by choosing a fundraiser to promote amongst your friends, family, and associates.

Rounding out with a daily fundraiser for various needs, The Black Fairy Godmother Foundation also launched The Fairy Dust Scholarship Fund, which helps women with enrollment into a community college or receive a license/certificate in a field of their choice. This next-level, next step helps marginalized mothers to have a second chance at life. Simone adds – “this opportunity allows them to stabilize their lives so that they know that there is life after trauma.”

The determined and daring young mother, activist, advocate and motivator appeared on The Kelly Clarkson Show, Good Morning America, and The Daily Blast LIVE – among others. But Simone turns all her focus towards the programs and the participating families that The Black Fairy Godmother Foundation desires to help daily.

“I don’t ever want anyone else to ever have to feel frustrated and separated like I did,” Simone explains. “Someone helped me find services, support for my son, go back to school and to help change other people’s lives. I want to help someone else do that in their city, their town, in their own family.”

As Simone continues to be the Black Fairy Godmother, she is also completing her degree in Nursing, so that she can move into the field of Public Health. Simone wants to live a life that would make her grandmother proud of the woman that she has become. “My grandmother passed while I was taking my entrance exam into the program,” Simone says. “She was my fire, my rock. That’s when I told the volunteers that my grandmother’s death was also me shifting gears. Yes, I am housing these women but I am also helping them with their lives.”