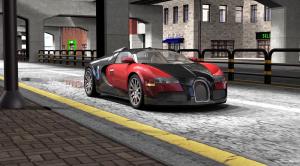 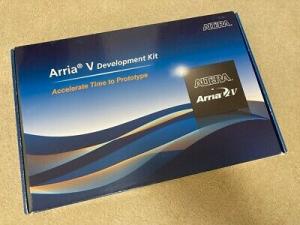 The ray tracing movement is critical to our computing platform’s user interface. We can expect ray tracing to be a core function of all GPUs in the future. ”
— SiliconArts CEO Hyung-Min Yoon

SiliconArts announces it is releasing a dedicated ray tracing accelerator core into the Intel Solutions Marketplace. As an Intel Partner Alliance(IPA) Gold Member, SiliconArts is expanding its support for FPGA design services to incorporate its leading ray tracing IP into a dedicated IP core that can be combined with legacy GPUs to provide ray tracing to any level of graphics marketplace. A link describing the product on the Intel Partner website describes the RC1000 RayCore FPGA deliverables for evaluation and development purposes. This is especially useful for gaming and VR, as well as embedded, medical, industrial, military and professional use cases, where real-time ray tracing is a requirement that cannot be met with large dedicated GPUs and often must work with an existing legacy GPU.
To make the evaluation of the RC1000 as simple as possible for developers to evaluate or utilize the ray tracing api extensions to OpenGL, SiliconArts has released a demonstration build on the Github site (https://github.com/siliconarts) that allows for developers to access the source code for the rendering examples and execute them on an Intel PAC with Intel ArriaV GX FPGA card. The RayCore 1000 ray tracing accelerator IP core is provided in a downloadable FPGA build along with open source releases of its apis, driver and build files. Having the ray tracing api’s released to the open source communities will enable experimentation and innovation for ray tracing beyond the traditional markets. This will enable anyone to program and evaluate ray tracing without dedicating the latest generation GPU to the task. SiliconArts is working to incorporate advanced ray tracing functions into the open source developer environment to prepare for the conversion of graphics into photorealistic representations that can provide natural looking lighting and AR visual immersion.

SiliconArts own graphics technology, the RayCore MC-Series’, enabling a scalable 3D GPU rendering solution providing from 1 GRays/sec to up to 10 Grays/sec for multi-core solutions can be integrated to this GPU platform to provide futuristic capabilities for next generation visualization. Higher performance rendering platforms for dedicated and professional use cases can be scaled to 100’s of Grays/sec performance with multi-chip board level designs.
SiliconArts CEO Hyung-Min Yoon says “The ray tracing movement is so critical to our computing platform’s user interface. We can expect ray tracing to be a core function of all GPUs in the future.

For all Media inquires, please contact Steven Brightfield at sbrightfield@siliconarts.com

Intel:
The Intel logo, and other Intel marks are trademarks of Intel Corporation or its subsidiaries.

SiliconArts:
Bringing ray tracing to the mainstream GPU market based on a licensable IP core that incorporates patented innovations to accelerate ray tracing for all GPU product ranges, including embedded and legacy GPUs.

Global Photographic And Photocopying Equipment Market Trends, Strategies, And Opportunities In The Market 2021-2030

Digital BIAS is a London-based inbound marketing agency that specialises in utilising the HubSpot CRM system to help improve a company’s sales. Growth-driven design is […]

The Future of Grain Marketing Now Available in Western Canada