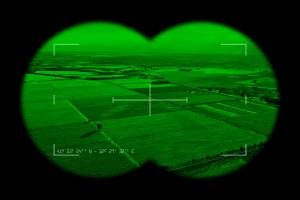 This was made possible by introducing a thermal imaging channel, a passive mode control panel, and other technical elements.

“The proposed solution improves the functionality of night vision devices. Precision surveillance in difficult conditions and quick angular field adjustment without compromising the image quality are just some of the advantages of the new build. These capabilities set the device apart from the products that are currently on the market”, says Sergey Kuznetsov, CEO of MZ “Sapphir”.

The upgraded device is expected to deliver 3 to 10 power magnification. In normal atmospheric visibility, the maximum recognition range will be 1 km for a human figure, 4 km for a truck, and 15 km for a ship.

Rostec State Corporation is one of the largest industrial companies in Russia. It unites more than 800 scientific and industrial organizations in 60 regions of the country. Its key areas of activity are aircraft engineering, radioelectronics, medical technologies, innovative materials, etc. The corporation’s portfolio includes such well-known brands as AvtoVAZ, KAMAZ, UAC, Russian Helicopters, UEC, Uralvagonzavod, Shvabe, Kalashnikov, etc. Rostec is active in the implementation of all 12 national projects. The company is a key provider of Smart City technology, it is engaged in the digitalization of public administration, industry and social sectors, and it is developing plans for the development of 5G wireless technologies, an Industrial Internet of Things, big data and blockchain systems. Rostec partners with leading world manufacturers such as Boeing, Airbus, Daimler, Pirelli and Renault. The corporation’s products are delivered to more than 100 countries worldwide. Almost a third of the company’s revenue comes from the export of high-tech products.