Shaq is drafted to the FBV team 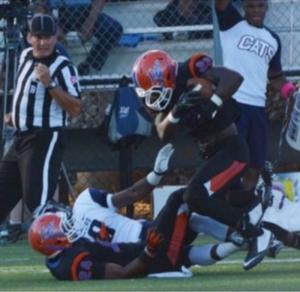 A Safety being an All American, setting a school record 14 career interceptions 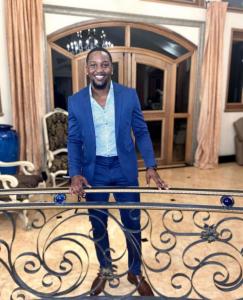 Shaq had made sure he was ready for the business world. He then networked and helped built up companies in the process.

I want to help athletes discover their identity outside of their sport. Sports careers can be brutally short, but there is a whole world out there to conquer”
— Shaquille Lewis

USA, July 8, 2021 /EINPresswire.com/ — Shaquille Lewis had his wits about him from an early age. The eldest of four, Shaq was determined to set a good example for his brothers and sister and studied hard to eventually gain a place studying Criminal Justice at Louisiana College.

His strong work ethic and dedication saw him become the first in his family to graduate in December 2015, but this shrewd move had sacrifices too. As a stellar athlete he played 12 years of baseball competing at Dutchtown High School, Louisiana, but he excelled at American Football and was so good when attending Louisiana College, he was set up to enter the Senior Draft of Spring 2015.

This would be the normal route for high achieving sporting athletes, but although scouts wanted to see his 6ft 2in and 195lbs frame in action, he made the decision to complete his studies first, finishing his Criminal Justice degree, so that he had qualifications ready to fall back on.

At first this seemed like missing his one chance to realise his American Football aspirations, but eventually showed to be a good decision. Although he played for a Div 3 College, and would normally go under the radar, he excelled at Safety being an All American, setting a school record 14 career interceptions, he signed with a new agent and the following season started professional training with Super Bowl Champion Ryan Clark, before being scouted at the Pro Day Draft.

Shaq progressed to mini camp with Saskatchewan and Calgary in the CFL and Kansas City Chiefs in the NFL followed, but a recurring hamstring tear each year left Shaq’s gridiron dreams in tatters.

But this is where Shaquille’s original decision proved to be even better, although the career he aspired to didn’t work out, Shaq was prepared for life without the oval ball.

Shaq had made sure he was ready for the business world. He then networked and helped built up companies in the process.

His main drive now is his Medical Cannabis company which is based in Columbia licensed to grow, extract, and export THC/CBD. The company is breaking the mould on how a business like this traditionally set up — by implementing blockchain to enable continual accountability and visibility throughout the entire business lifecycle with the software that’s in place. Something unique about their acquisition is that they acquired 229 acres of land.

Shaquille is also partner of a commercial Airline company based in the Dominican Republic, which will be making its maiden flights in the summer of 2022 on routes primarily connecting Latin America to the US and Africa. Some partners of the company are Josh Norman, Teddy Riley, Lewis Neal, Zion (Zion X Lennox), and Mikaben.

Shaquille is also co-owner of a Forex Brokerage which can be found at https://fxsway.com/?refid=1625507839603. A True ECN 100% A-Book Brokerage with super fast deposits/withdrawals and over 170 tradable assets. You can trade forex 24/7 (currencies, commodities, cryptocurrencys, futures, and stocks) Lewis Neal is also a co-owner.

Shaquille was determined to make a difference and wants to empower/help others realise their own goals, ‘I want to help athletes discover their identity outside of their sport. Sports careers can be brutally short, but there is a whole world out there to conquer’.

We welcome Shaquille to the Fueled by Verge team, his enthusiasm is infectious, as many will find out.

About Fueled by Verge
Our mission is to build awareness of Verge Currency, as we harness the power of Bitcoin in a way that combines the speed of digital payments, but with the privacy of paying in cash. Visit the Fueled by Verge page, to find out more! Follow us on Twitter!

Join Us
The Verge Community is nearly one million strong, and has people from all walks of life, all around the world. From our Official Verge Currency facebook page, to the unofficial Facebook group, from Twitter, to BlockFolio, Instagram, Reddit, YouTube, Telegram and Discord, and even LinkedIn. Be sure to give us a like/follow and stay tuned for more exciting developments!
For all Info visit: vergecurrency.com

Free Community Movie Night Every Friday Under the Stars