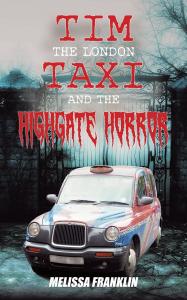 Tim The London Taxi and The Highgate Horror 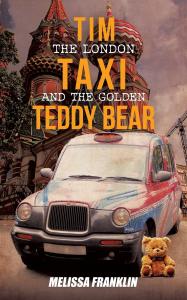 Tim The London Taxi and The Golden Teddy Bear 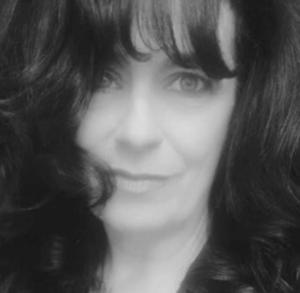 WORCESTER, ENGLAND, September 9, 2021 /EINPresswire.com/ — Endeavoring to bring some colorful fun back into children’s lives as well as some history lessons, author Melissa Franklin treats young readers to an entertaining and educational reading experience with her “Tim the London Taxi” series. In “Tim The London Taxi and The Highgate Horror,” Franklin depicts a case involving the secrets of French royalty, while in “Tim The London Taxi and The Golden Teddy Bear” Franklin immerses readers in Russian history and intrigues.

Franklin’s stories follow an unlikely duo composed of Tim, a traditional London taxi with a heart and mind of his own, and ex-SAS MI5 agent Jack Courage. Together, they fight crime and solve peculiar mysteries that involve historical matters. The living taxi is not alone as Tim also communicates with the statues of the city of London, the pigeons and rats, as well as the iconic red buses and fellow London taxis who help out when they can.

“Tim The London Taxi and The Highgate Horror” involves the disappearance of the daughter of the president of France. When the father is unwilling to divulge information regarding a French royal, even when it can save his daughter’s life, it’s up to Tim and Jack Courage to get to the bottom of the case. Matters worsen when more young women “die” mysteriously, with their bodies disappearing after their funerals. Central to this unsettling mystery is Highgate cemetery, a location known for its ornate tombs and headstones as well as its famous residents, but Franklin depicts something else present there amidst the thick evening mist. Tim makes a horrifying discovery there, one that has the potential to change the history books, rewriting the records of what happened to Louis XVI and Marie Antoinette.

“The Golden Teddy Bear” is a case involving a man fulfilling a promise to his dying father, a woman with a secret waiting to be told, and a love story spanning many years – comprising a tapestry of events poised to bring Russia crashing down. It begins when a golden teddy bear is stolen and Tim and Jack are hired to find him, without knowing that the bear contains the secret of a true love, treason and brutal murder. It becomes a race against time when mysterious men in black also pursue the objective, along with elements of the old KGB – all for one girl’s teddy bear. It turns out that the Russian government is still hiding secrets about the Romanov family, the aristocrats who ruled Tsarist Russia and were deposed and executed in 1918. Should this information come to light it has the potential to ruin the government and shock the world. With this, Franklin treats readers to her interpretation of what happened to Anastasia and her family.

All in all, it is never a normal taxi ride with Tim, as these trips take readers to unexpected destinations to meet the unlikeliest of friends and foes. With these novels she treats readers young and old alike to enthralling narratives – at once fanciful and thrilling, exhilarating and educational.

“I am tired of seeing children in pushchairs with mobile phones in their hands, sitting in front of the tv playing computer games. I want children to go to London and see a black taxi and wonder with excitement if it’s Tim on a mission, to see the statues in the capital city and think will the giant lions of Trafalgar Square leap off their plinths and race down the streets of London to save The Queen of England.” Franklin says.

About the Author
Melissa Franklin is from Worcester, she sang in the local theatre company called Midland Musical Theatre Group, moved to the Isles of Scilly for work, rowed in her free time and also designs and sells her own greeting cards and paintings. She recently recorded a radio interview with Kate Delaney.