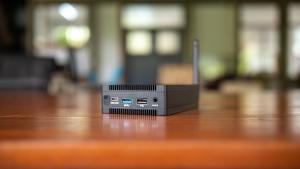 After two years of R&D, we are so excited to launch ScreenCloud OS – our stripped back, high performance, secure operating system for enterprise digital signage. And, there is plenty more to come.”
— Mark McDermott, CEO

ScreenCloud OS is both a device and software, purpose-built to work in unison for digital signage success and streamlined deployment. It enables organizations to focus on what matters: connecting their audiences with compelling screen content that drives sales, productivity and engagement.

First conceptualized in 2019, ScreenCloud OS was built as a response to our customers’ most common digital signage pain points: finding an appropriate media player device for their screen, choosing a digital signage software that works on that media player, deployment, roll-out and screen performance interruptions.

ScreenCloud OS combats all of this.

ScreenCloud OS is here to transform the end-to-end digital signage experience by offering a more powerful, affordable and purpose-built alternative to legacy devices such as the Google Chromebox and Amazon Fire TV Stick. This custom-built operating system – fully optimized for ScreenCloud – is run on a Station P1 device.

“After two years of R&D, we are so excited to launch ScreenCloud OS – our stripped back, high performance, secure operating system for enterprise digital signage,” said Mark McDermott, ScreenCloud CEO. “It is simple and fast to set up, and opens up a world of possibilities for remote device management and deployment via the cloud. Our launch device, the Station P1, is robust and feature rich – supporting most signage use cases. We are extremely proud of the product team that has brought this to market and excited to get this into the hands of our customers. And, there is plenty more to come for ScreenCloud OS.”

Runs demanding content with ease: ScreenCloud OS runs up to 4x faster than the Amazon Fire TV Stick. It’s powered by a Station P1 system-on-chip device that’s equipped with a 6-Core 64-Bit CPU and 4-Core GPU, and 4GB of LPDDR4 RAM. It also has 32GB of eMMC flash storage to play your content even if your internet connection becomes unstable.

Focus on everything but security: Secure by design, ScreenCloud has a locked down OS design, in-built logs and reporting, plus support for secure network configurations like enterprise networks, proxies, custom root CAs and more.

Streamlined deployment: As a purpose-built tool, ScreenCloud OS has been designed for a quick set up, allowing customers to scale with ease, saving both time and money.

About ScreenCloud
ScreenCloud is a cloud-based digital signage solution that allows businesses to unlock connections with employees and customers at scale, using the screens they already have on their walls and the content already in their systems. ScreenCloud powers the digital signage for 8,500+ organizations across a variety of global industries. For more information visit www.screencloud.com