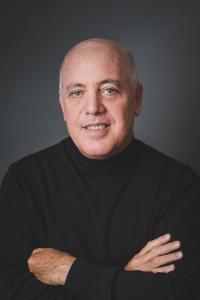 “Pomegranate is a worthwhile story, one that is intriguing and culturally needed, especially during this time,” said Scott Rosenfelt.

Pomegranate is the proverbial American ‘mixing pop’ some writers have alluded to in the past.”
— Dr. Stanley Williams, author of The Moral Premise

STERLING HEIGHTS, MICHIGAN, UNITED STATES, March 15, 2021 /EINPresswire.com/ — Pomegranate Pictures is thrilled to announce that Scott Rosenfelt, one of Hollywood’s most successful independent producers, is now the executive producer of the indie film Pomegranate. Writer-director, Weam Namou, said, “Having Scott, an amazing Hollywood force, as executive director has shifted the project in a wonderful, upward direction. We’re fortunate to have him join our talented team.”

On the strength of such films as Home Alone, Smoke Signals, Mystic Pizza, Teen Wolf and Extremities, Scott has garnered international acclaim and recognition. Rosenfelt’s most recent film, Critical Thinking, is about the Miami Jackson High School chess team that won the national chess championship in 1998 with a group of Latino and Black inner-city kids. It was an early selection of the 2020 SXSW Film Festival for its world premiere.

From 2012-2015, Rosenfelt served as Professional-in-Residence at Quinnipiac University. He has been a guest lecturer at the Beijing Film Academy as well as at Harvard’s Department of Government, and the American University in Paris. He has spoken numerous times at the Tisch School at NYU, USC, UCLA, Chapman University and Loyola Marymount as well as the AFI. He recently received a Lifetime Achievement Award at the 2020 Lighthouse International Film Festival. Rosenfelt is a member of the Directors Guild of America, the Writers Guild of America and the Academy of Motion Picture Arts and Sciences. He is a graduate of NYU’s Tisch School of the Arts.

“Pomegranate is a worthwhile story, one that is intriguing and culturally needed, especially during this time,” said Rosenfelt. “This story has international appeal.”

Pomegranate is a recently released book and script by writer-director Weam Namou, based on her childhood experiences immigrating from Iraq to the United States, and then as an adult living through the presidential election of 2016. Consequently, Pomegranate is the story about how, in the weeks before the election of Donald Trump in 2016, a young, politically liberal, Iraqi Muslim immigrant struggles to find her footing in a neighborhood of well-to-do, politically conservative, Iraqi Christians, while battling her family’s fears of deprivation and demands of loyalty to Muslim traditions.

“Pomegranate is the proverbial American ‘mixing pop’ some writers have alluded to in the past. Weam does it well.” – Stanley D. Williams, PhD, author of The Moral Premise: Harnessing Virtue & Vice for Box Office Success

The script was chosen quarter finalist by Francis Coppola’s Zoetrope. This will be the first Iraqi-American narrative film led by a creative team from the community being portrayed, specifically a female writer/director and female leading cast.

“The story is a welcome, refreshing originality that examines some thought-provoking themes regarding ethnicity, religion, patriotism, family, community, the American dream and friendship.” – Academy Nicholl Fellowships in Screenwriting Reader

Pomegranate Pictures, LL is owned and managed by Weam Namou, who wrote the screenplay and will direct the movie. She is working in association with Buffalo 8 Productions (Santa Monica, CA), and now Scott Rosenfelt.