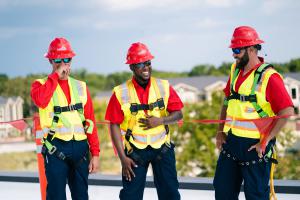 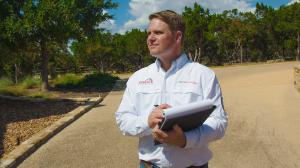 Schulte Roofing gratefully receives its 12th nomination for its continued commitment to excellence, workmanship, and service.

We are very honored to have been nominated as the best roofing contractor in the Brazos Valley yet another year.”
— Josh Schulte

COLLEGE STATION, TX, UNITED STATES, June 30, 2021 /EINPresswire.com/ — Schulte Roofing is excited to announce its 12th nomination for the Best of the Brazos Valley 2020 awards. This nomination comes in the wake of 11 previous wins for a Best of Brazos Valley business, Winners of the Readers’ Choice Award in 2020, and a feature in Rich Noonan’s Best of the Best.

“We are very honored to have been nominated as the best roofing contractor in the Brazos Valley for yet another year,” said Josh Schulte, President of Schulte Roofing upon hearing the news. “We are extremely grateful for all of your support, which has led us to achieve winning this award ten straight years in a row, and I hope we have earned your vote again this year! Thank you Brazos Valley, you are awesome!”

The Best of Brazos Valley celebrates local businesses that are making a positive impact on the valley’s unique and diverse identity. With this nomination, Josh Schulte was taken back to when his father, David Schulte, founded the small College Station roofing company, and it amazed him how far his father’s company had come.

25 years later, with three locations and Texas-wide service, this nomination continues to strengthen and energize Schulte Roofing’s commitment to excellence in its BulletProof Roof Guarantee®, systems, and solutions; from the smallest repairs to full-on roof replacements and custom fabrications.

Voting for the Best of Brazos Valley awards is open until July 5th. Cast your vote now and support small businesses that place quality, service, and community above all else.

Schulte Roofing®, Home of the BulletProof Roof Guarantee®, launched in 1994 with a simple “committed to excellence” that has been the company’s guiding principle for 25 years. In that time, the College Station roofer has grown from a small, family-owned business to an award-winning, Texas-wide operation named among the nation’s top 100 roofing companies by Roofing Contractor magazine.

Home of the BulletProof Roof Guarantee®