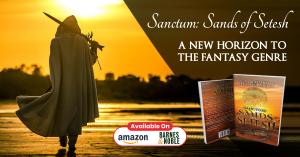 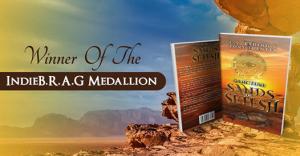 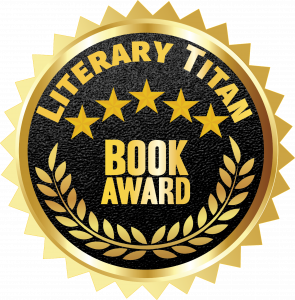 TEMPE, ARIZONA, UNITED STATES, June 1, 2021 /EINPresswire.com/ — With the introduction of Sanctum: Sands of Setesh, fans of fantasy literature have an enticing new world to explore, crafted by talented newcomers C. S. Kading and Tony Fuentes. This first volume of the Sanctum series introduces a compelling, fully realized world that readers will want to explore long after they’ve turned the last page of this engrossing saga.

Turning traditional mythology on its head and transporting ancient gods into a mind-blowing, post-apocalyptic future, Sanctum: Sands of Setesh takes traditional fantasy fiction, and its readers, in an entirely new direction. Featuring complex, genre-bending twists and turns, this first installment of the Sanctum series is sure to attract a faithful following.

Winner of the Literary Titan Gold Award for Fantasy for April 2021, Sanctum: Sands of Setesh features a strong, relatable female hero paired with a surprising companion pulled from the fantasy tradition but cleverly reimagined. The chemistry between Isolde du’ Avalonne and Orc Priest Tulok is sure to delight readers.

Reviewers have described Sands of Setesh as “uniquely spun fantasy”, “weird and wonderous,” “a real breath of fresh air,” saying it “surpass(es) any of the usual measures of the fantasy genre.”

Sanctum: Sands of Setesh is available as an eBook or in paperback on Amazon, Barnesandnoble.com and other popular online retailers.