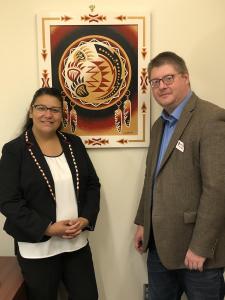 Robert Doody explains that when you break the law on tribal lands, you may wonder where to turn for help.

SISSETON, SOUTH DAKOTA, UNITED STATES, May 27, 2021 /EINPresswire.com/ — Robert Doody explains that when you break the law on tribal lands, you may wonder where to turn for help. Robert Doody South Dakota attorney specializes in criminal cases on tribal lands.

Robert Doody is a seasoned traveler and explorer, embarking on journeys around the world, so when it comes to defense, Robert knows that the jurisdiction in matters of law on tribal lands creates complexity when a crime occurs. In the US, 574 native nations exist, and more than 1.4 million native people call tribal lands home. A violent crime occurs more than 2.5 times more often to Native Americans than to any other ethnicity within the US borders. These nations within the US nation share some jurisdictions, while in other areas a clear delineation exists, set either by the US Congress or via court decision by the US Supreme Court.

Robert Doody says that congress passed a handful of laws from 1817 to 2010 attempting to divide the jurisdictions and share the criminal justice system burdens of investigation, arrest, trial, conviction, and prisoner housing. If you become accused of a felony, your case will probably be tried in a US federal court. The Major Crimes Act, passed in 1885, will apply. If both parties involved in the crime are Native American, then the federal government has jurisdiction. In matters concerning 14 types of crimes, you will need an attorney conversant in federal felony cases. These include assault with intent to kill, assault with a dangerous weapon, assault resulting in serious bodily injury, manslaughter, murder, rape, assault with intent to commit rape, burglary, arson, larceny, kidnapping, incest, robbery, and felonious sexual molestation of a minor. If you commit any other felony, you need an attorney conversant in tribal law.

You can solve the problem of these confusing matters of jurisdiction by contacting attorney Robert Doody. The Doody law offices can help you build your case, and our experienced attorney and legal staff can assist you in any tribal felony case.