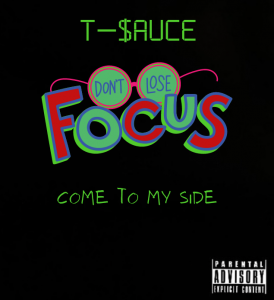 T-$AUCE’s new single is sure to amaze listeners as he puts in all that he has to offer, stunning fans with dynamic musical rhythms.

A storyteller at heart, T-$AUCE’s music has always come from a place of wanting to express himself to those that have been around him. Whether this came in the form of his closest family and friend, or a crowd of eager listeners, it never mattered to the artist, who remained inspired to convey his sentiments.

To T-$AUCE, music conveys this purpose perfectly as he enunciates and creates vivid tales for listeners. With music granting him the ability to convey his message out to strangers, it is no coincidence that the genre of rap was the perfect fit for the artist. Taking simple words and molding them into stories and melodies that have gone on to tell complex stories has always been part of the musical traditions of T-$AUCE, one that he hopes will make his heard wide and far.

With his new single he hopes to continue this tradition, as he lays bare to his audiences, and hopes to connect with them on more than a superficial level, but rather on one that allows for a deeper bond to be forged between both the parties.

Follow T-$AUCE on Instagram to get updates from him. You can also stream his music on SoundCloud.

About
An artist relatively on the younger side, T-$AUCE feels like he has a lot to prove to the world, and he is more than willing to take up the challenge. Never wanting anything easy, T-$AUCE has always preferred the harder path, being certain that his talent and hard work will shine through in the process. Already in the world of music production for the past 5 years, T-$AUCE is here to stay as he takes on the hip hop scene. With music as his last resort, he’ll do his all to make it through.